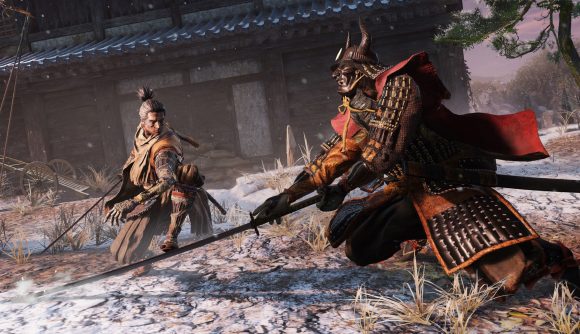 Sekiro: Shadows Die Twice has only been out for two weeks, but its community is already delving into its files to discover content that didn’t make it into the game’s final build. A video from SoulsBorne YouTuber Lance McDonald – who’s renowned for his deep-dives on FromSoftware’s cut content – discusses changes around the game’s Dragonrot mechanic.

In case you’re not familiar, Dragonrot is a disease that affects both NPCs in the world (preventing you from progressing their quests) and the play, reducing the odds of letting you respawn with all your money and XP. In the final build of the game, you’re taught how to cure the affliction with a specific item at Sculptor’s Idols, but that wasn’t always the case.

According to McDonald, in previous builds players had to interact with diseased NPCs face-to-face. When this interaction was removed, several conversation threads were removed, which McDonald has restored in his video. The original plan was that Wolf would need to spend his resurrective power in order to create a Dragonrot Pellet and heal an NPC.

Those pellets don’t exist in the game anymore, but the code for giving them to sick characters does, meaning there are plenty of hidden conversations on offer in the video, which you can check out below. 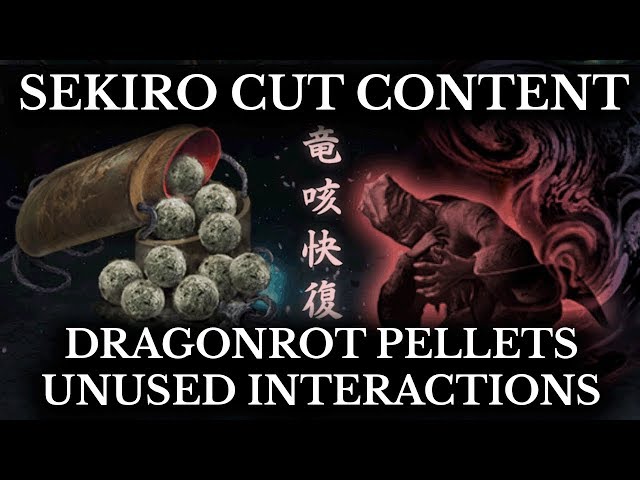 The Sculptor, Inosuke, and the Timid Maid, among others, can all be given Dragonrot pellets in McDonald’s patched version of the game, yielding some previously-unseen exchanges of dialogue. As McDonald points out, mechanically these interactions offer little, but the conversations they showcase are surprisingly fleshed-out for content cut from the final version of the game.

If you’re struggling with FromSoft’s latest, you can check out our guide to all the Sekiro bosses. But if you fancy something a little sillier, you can take a look at this mod that turns you into a giant stabby lizard. It might not be what Miyazaki intended, but it’s certainly good for a laugh.