Success in Sekiro: Shadows Die Twice requires patience and precision, but maintaining the calm temperament of a shinobi is difficult after your umpteenth violent death at the hands of a giant, screaming ape. After a while, though, concentration gives way to instinct, and you’ll find that your fingers are already doing what you need before you tell them to do it. And if you’re challenge runner Louis ‘ATwerkingYoshi’ Hamilton, that instinct can survive the transition to a range of unconventional controllers.

Hamilton recently completed Sekiro on a pair of Donkey Kong bongo drums and is currently having a go with a Guitar Hero guitar, but these are only some of the weird and wonderful controllers with which he has somehow beaten some of the toughest games around. On his YouTube channel, he has also used a digital fishing rod, a Dance Dance Revolution mat, and ten bananas hooked up together. FromSoftware games are his forté, and he has completed Bloodborne, Dark Souls III, and Sekiro with his beloved bongos.

It’s an impressive feat, but my first question for Hamilton is: why? Are FromSoftware games not difficult enough? “I’ve been wondering why for the past two to three years,” Hamilton says. “I know at the start it was a mix of having fun and getting views. However, once I started getting more and more proficient with the weird controllers, it turned into self-inflicted challenges. I guess it’s similar to why people speedrun, as the thrill of improving at a challenge is awesome.”

While there’s clearly a steep mental hurdle to leap in rewiring your brain for a new controller, using an interface from a rhythm game perhaps makes a weird kind of sense. Sekiro’s combat has an innate flow: learning enemy combos, recognising and reacting to incoming attacks, and taking your opportunities to counter is key to success. Many Sekiro fans have argued that its boss battles can feel like a dance as a result, and even share the same input structure as you would find in any rhythm game. 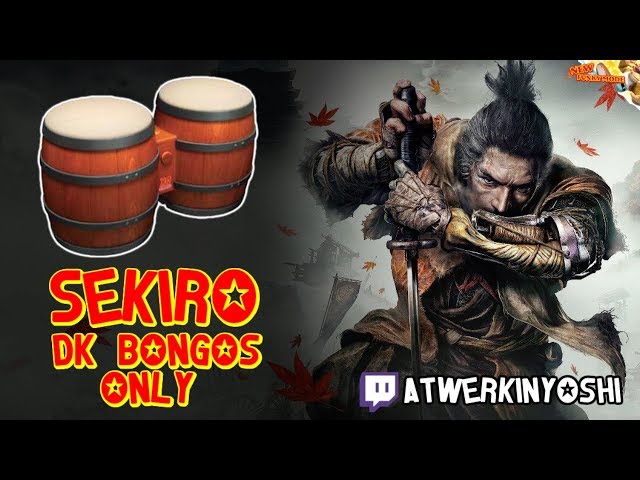 Perhaps the best evidence for this claim can be found in Riot Games animator Adam Turnbull’s thread of gifs on Twitter. Turnbull compares the timing in enemy attacks to “riffs in a song”, and shows how animations signal which notes – buttons – to play next. Sekiro’s brutal boss battles are surprisingly simple when deconstructed in this way, which perhaps explains why, even on bongo drums, they were surprisingly instinctive to Hamilton.

THREAD: Sekiro is basically a Rhythm game and heres how it uses #animation to set its difficulty. Every attack has set timings like riffs in a song but instead of chords it uses anticipation to tell the player which note to play next and when. Eg. This boss is super intimidating. pic.twitter.com/OsfnGC8cHT

“I wasn’t expecting it to be as fluid as it ended up being,” Hamilton says. “I had a suspicion that Sekiro was a rhythm game because of its focus on deflecting, and I’ve always thought the Souls games also had a rhythm to them. If I can find my old videos, I can see myself counting to a pattern during boss fights. So tapping my bongos to the rhythm felt natural. I was not expecting that.”

The internal rhythms of Sekiro differ from its predecessors. In the Dark Souls trilogy, you play as defensively as you can, either dodging enemy attacks or weathering them from behind your shield until you can get a strike in. In Bloodborne, the shield is removed in favour of faster dodges and a health regen system that rewards aggression. Dodging is still a necessity though, and this means that, in both cases, it’s the bosses who control the pace of the fight. You are dancing to their rhythm. 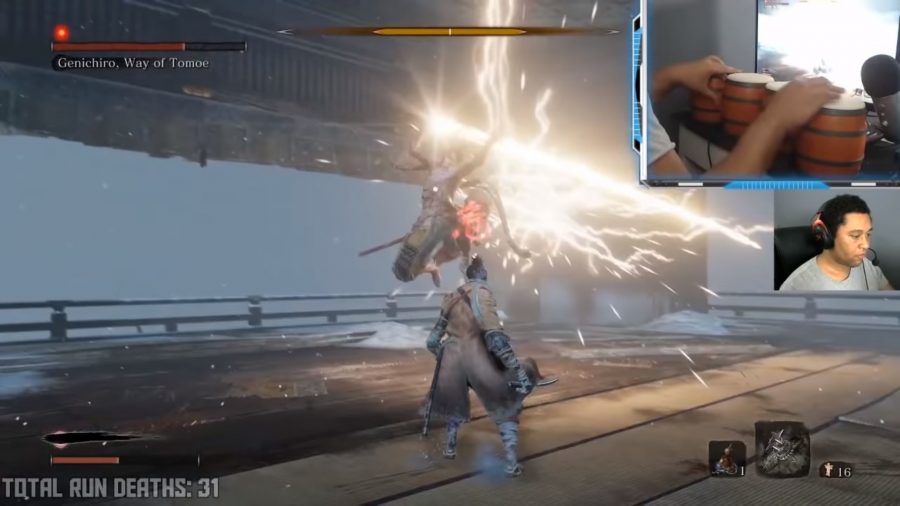 But Sekiro is different. The addition of a posture system means deflecting attacks is necessary in ways it never was before, and joins jumping and dodging to make for more intricate combat. The prime showcase is in Sekiro’s many personal duels with Samurai generals, where you have to stay close to the enemy, ready to both act and react, and are far more able to interrupt your opponent and take the initiative. Sekiro gives control of the rhythm of the fight to you, as Hamilton found out. “It took me a few hours to change my mindset of ‘just dodge every attack’ to ‘learn to deflect and spam R1,” he explains.

“In Sekiro, at least in my experience, I was mostly just pressing ‘attack’ and ‘deflect’ with little movement in-between. Sekiro even has a symbol and a sound effect that tells you what your next action should be, like: ‘dodge towards the enemy’ or ‘jump’. Having a symbol that appears on-screen to tell you what button to press is similar to how rhythm games work in general.” 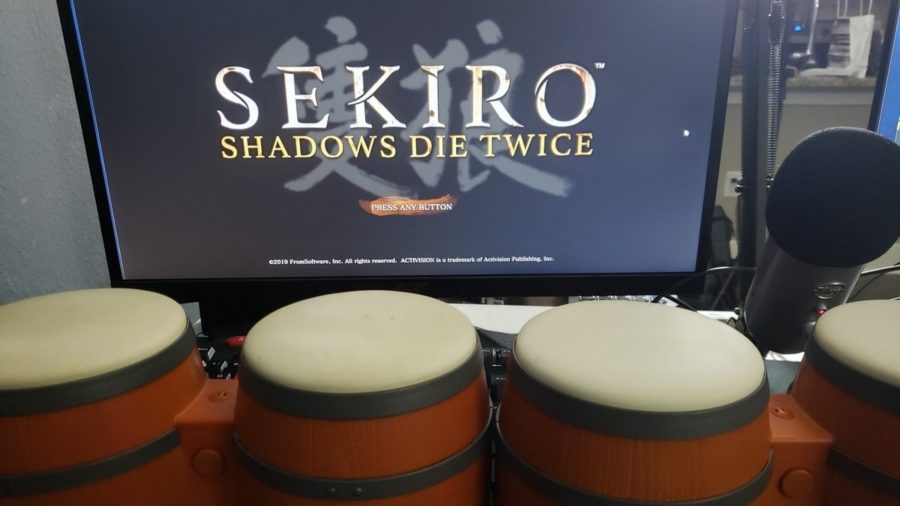 With each game it releases, FromSoftware demonstrates again its famed talent for creating great boss fights, but its ability to reimagine how players engage in such battles is no less impressive. Whether the studio had explicitly borrowed cues from rhythm games or not, with Sekiro, it has created an empowering action masterpiece whose rhythms can be felt in your bones – even on a pair of bongo drums.

Read more: Check out the best samurai games on PC

If you’d like to know how Hamilton mapped Sekiro’s controls to the bongos, he has outlined it in a detailed Imgur post. You can see him in action on his Twitch channel, and he isn’t done with Sekiro yet; he has plans for more runs in the future, and intends to further explore its rhythmic nature. “I’ll keep this theory in mind when I try out two other controllers that are used for rhythm games,” Hamilton says. “I’m really excited to see how the DJ Hero turntable turns out.