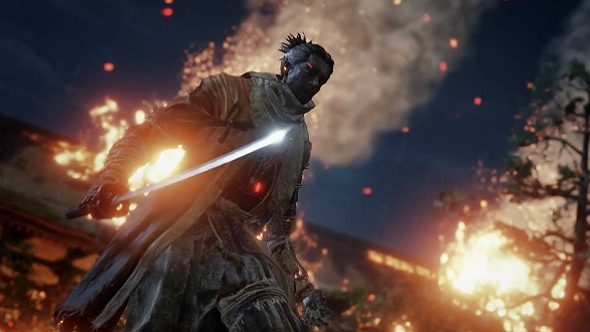 The cryptic Shadows Die Twice has been officially unveiled at the Microsoft E3 2018 press conference as Sekiro: Shadows Die Twice. Set in a mythical twist on feudal Japan, Sekiro is an action-RPG in the same vein as Dark Souls, but with a lot more movement mechanics than the Souls series.

The trailer, which you can watch below, shows plenty of swordplay, grappling hook movement, and dual-wielding with a hatchet and katana. We also see a snippet of what could be stealth gameplay, as the player character quietly rounds a corner in one scene, before creeping across a rooftop in the next shot.

To ensure you can find exactly what you are interested in reading, we’ve broken down our coverage in easy to navigate hub pages. We have a hub page for everyE3 conferenceandeveryE3 rumour.