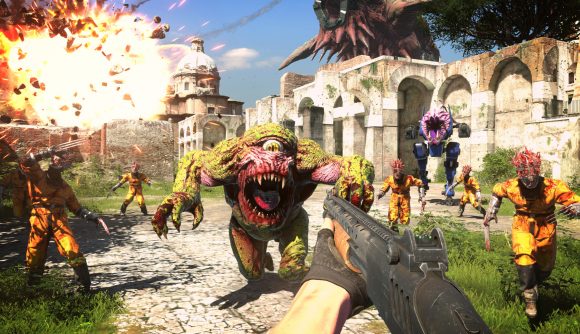 These days, most FPS games are dedicated to a diverse arsenal of weapons, delicately balanced against one another for a perfectly even single-player experience and a highly-tuned multiplayer meta. Serious Sam is not most FPS games. Developer Croteam has added a third shotgun – an auto shotgun – to Sam’s traditional arsenal exclusively for the purposes of fun in Serious Sam 4.

“Everything we do, we do for fun,” Croteam’s Daniel Lucic tells us. “The single shotgun and the double shotgun were always a part of the series. We’ve experimented with different types of weapons, and I can say from my own perspective, the auto shotgun is my favorite weapon in the game. When you pick it up, it’s fun going through the enemies, and that’s about it. If it’s fun, we’re going to include it. It doesn’t necessarily need to make sense, in terms of “Okay, we’ve got two shotguns already. Why would we include the third?”

“As long as it’s fun, we make it,” Lucic says. “It doesn’t necessarily need to make sense. Because that’s the point. That was always the point of an arcade shooter.” 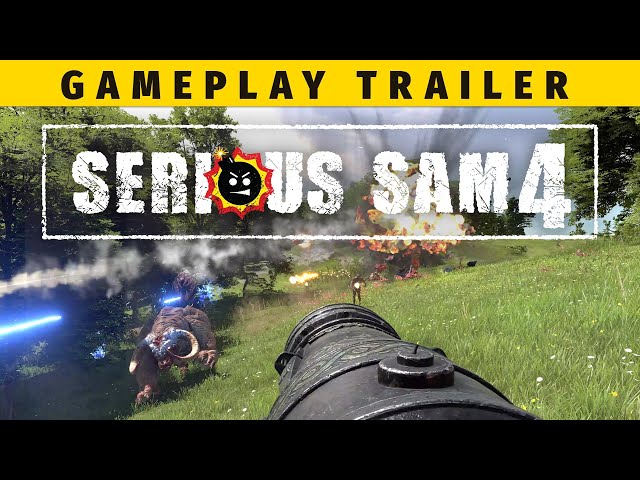 Serious Sam 4 is scheduled to hit Steam this August.