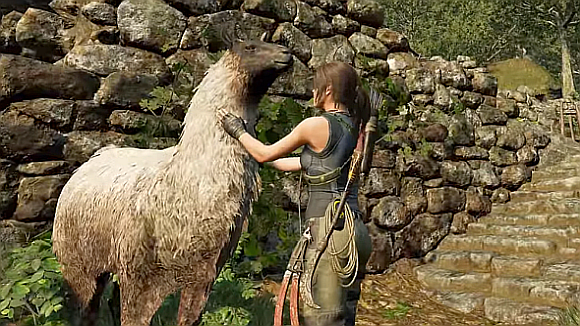 There’s nine minutes of brand new Shadow of the Tomb Raider gameplay knocking about the internet, and as gorgeous as the undiscovered city of Paititi looks, one of the most interesting things to emerge is the news that you’ll be able to tune difficulty separately in different parts of the game.

That particular tidbit comes at 5:21 in the video below courtesy of narrative director Jason Dozois, who provides commentary. According to him: “you can play the way you want by adjusting difficulty independently for puzzles, exploration, and combat to easy, normal, or hard.” Having exploration on ‘hard’, for example, will remove the white paint that indicates a useful handhold or ledge when climbing.

Earlier in the footage, Lara can be seen exploring Paititi – the “largest hub ever created in a Tomb Raider game”, according to the press release (and to our own Paititi impressions, when we explored the city last month). You’ll dive into its economy to barter for new outfits and weapons, pick up side missions or smaller pieces of intelligence from the locals, harvest resources, and plenty more.

Check out the new footage below: