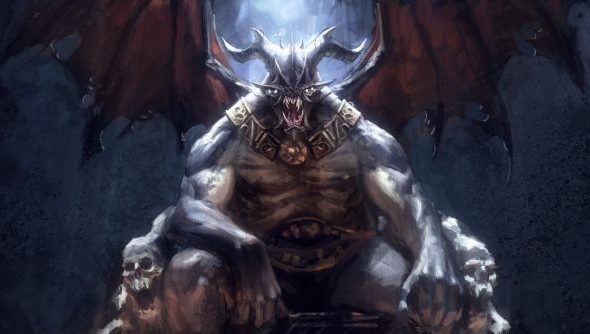 Shadow Realms is the most radically-designed BioWare game since Mass Effect. Uncloaked at GamesCom last year as a four-versus-one multiplayer proposition, it was Left 4 Dead by way of pen and paper RPGs.

But that same design doc may have been rewritten. Grain from the rumour mill spells out a full campaign to take advantage of a beefier budget from EA.

The new details come from a Kotaku source “familiar with goings-on” at The Old Republic studio BioWare Austin. Apparently, the game was overhauled in late October and will now feature a campaign. Previously, BioWare had promised episodic story snippets that would feed into Shadow Realms’ multiplayer matches.

The same source suggests that Shadow Realms is now penciled in for a 2017 release, on PC and the new consoles.

BioWare Austin courted alpha sign-ups for Shadow Realms in August, with the initial plan of sending out invitations the following month. However, they delayed the alpha in late October. Online servers for the game were disconnected this week, according to a photo of an internal EA database.

Another Kotaku source suggests that BioWare decided to integrate Origin into the game – and received a bumped-up budget to match. As recently as December, community manager Eric Musco reassured fans that Shadow Realms was “absolutely not cancelled”.

“Don’t worry,” wrote Musco. “We are hard at work on Shadow Realms as I type this. I know we have become a bit quiet but this is no need for alarm. As soon as we have an update on our plans we will definitely put it on [the official site].”

At GamesCom, BioWare’s James Ohlen told our Jules that EA had given the Shadow Realms team the “ability to fail”. How would you like to see the game expand beyond the limits of its lean pitch?