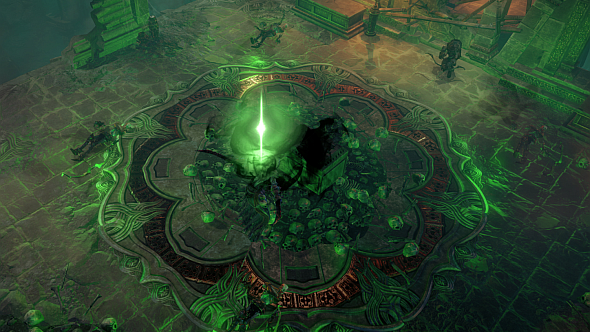 Shadows: Awakening is the latest in the long-running Heretic Kingdoms series of isometric RPGs, and a new gameplay trailer gives us a closer look at the unique tricks it will bring to this resurgent genre.

For more epic quests, check out the best RPGs on PC.

You’ll be able to seamlessly switch between the mortal plane and the Shadow Realm, a parallel universe inhabited by demons, at least one of which you’ll also be able to summon. Combat, puzzles, and an epic story will unfold evenly across both realms, and you’ll be able to choose from three heroes – each with their own personal stories and quests – to explore it all.

Developers Games Farm promise at least 20 hours of gameplay in a single playthrough, but with plenty of incentives to encourage further playthroughs. All dialogue is fully voiced, and the cast boasts no less than the fourth Doctor himself, Tom Baker.

Shadows: Awakening is due to release this summer. For more, check out the Steam page.