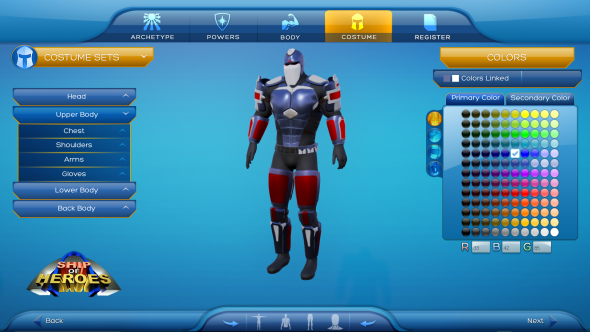 There’s currently a spiritual sequel in development for MMO City of Heroes, called Ship of Heroes – you can read all about its development in our Making it in Unreal feature. The developers have just released a video showing off its in-depth character creation tool.

If you’re looking for a new MMO, you could do a lot worse than clicking that link.

The video, embedded above, shows the developers knocking together an NPC and a hero. The options are pretty impressive, but this is only a work-in-progress build, and there’s only going to be more options added to it.

Heroic Games Corporation have put a team of developers and designers together to work on this homage, headed up by company CEO Casey McGeever, who recently left mobile publishers AccuWeather to assemble this team for his dream project.

You can check out the in-development on the Ship of Heroes site.

A crowdfunding event will be arriving in April.