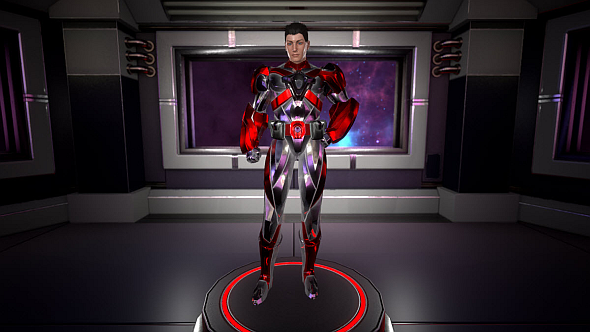 Update November 9, 2017: After its alpha, Ship of Heroes’s character creator is getting an update.

City of Heroes was an MMO that became known for its extensive and fun character creator. Accordingly its spiritual successor has been trailing its equivalent, and following an alpha test in September, developers Heroic Games have announced a few improvements.

Here’s a little preview of what’s soon to be possible.

Here’s the announcement on the Ship of Heroes site, and a gallery of player creations from the September alpha.

Original story September 6, 2017:City of Heroes is one of many fallen MMOs, but few others share the love its fans held toward the game. The plug was pulled on it in 2012, and the void’s never truly been filled. The folks at developers Heroic Games are hoping to change that, and their new project Ship of Heroes is a mightily ambitious spiritual successor that looks to carry forward the tone and aesthetic from City of Heroes, along with a character creator worthy of a superhero.

The MMO’s development is continuing apace, and an alpha for the game’s character creator is scheduled to begin this month. An “escorted” combat alpha begins in December, with beta testing to follow later in 2018. Details on how players will actually access these tests remain unclear, but you can check the official site for updates.

The video above demonstrates the current state of the game, and if you weren’t sure we really meant “alpha,” we definitely do. Animation, sound, and world detail all have a long way to go, but the developers are clear that they’re still in the early stages.

It’s worth emphasizing that something as ambitious as a new MMO is a tough project to pull off. Ship of Heroes went to Kickstarter earlier this year, but was pulled from the crowdfunding site just a few days later when it became clear that it was unlikely to meet its funding goal. The team have since been collecting donations through its website.