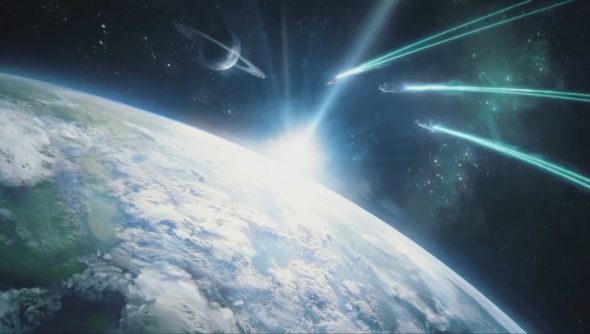 Sid Meier was demoing Firaxis’ new sci-fi outing, Starships, today, and I was going to tell you all to watch it. That never happened, though, because time zones are tricky. It’s okay, though, because you can still watch the stream in its entirety, saving me from embarrassment.

That it’s a sequel and spin-off of Beyond Earth is pretty clear right from the get go. Like Civ in space, you choose a leader – the same leaders from Beyond Earth – and affinities make a return too, so you’re not just choosing the head honcho, but whether they are aligned with the Purity, Supremacy or Harmony affinities.

While everything in Civ and Beyond Earth is geared towards improving your civilization, in Spaceships all that tech and resources exist to improve, unsurprisingly, your vessels, from spry fighters to big carriers.

Combat’s where the biggest differences can be found. It’s still turn-based and the maps are still hexes, but it appears to be a lot more involved than Beyond Earth’s. There’s proper unit customisation instead of the more hands-off veterancy and upgrade bonuses from the previous game, and how much damage you do to an enemy takes a lot more into account, right down to which way the other ship is facing and what its shield strength is.

These maps are separate from the galactic map, and the one shown off in the demo was rich in obstacles and quirks. Asteroids blocked movement, but also provided cover, and there were colourful jump gates punctuating the dark map, which let ships jump to a random position on the map.

You can watch the whole 35 minute demo below.