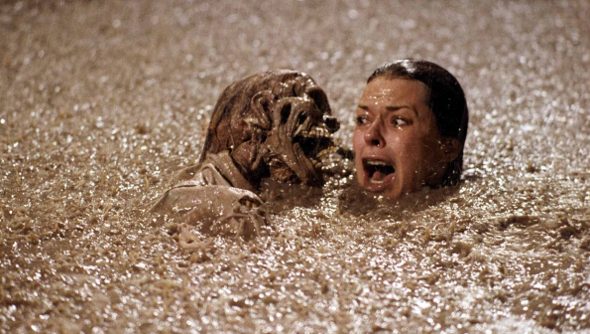 It would be easy to write off as an overreaction, but that ignores the primary conceit of the franchise: they are games about and parodies of the aspirational American Dream. A swimming pool is this big, unnecessary body of water and a huge neon sign that says “I’m doing pretty well.”

So the absence of pools is significant, and begs the question: what has stopped Maxis adding them. Producer Graham Nardone said, in an interview with Kotaku, that adding pools would be very complex.

“It’s easy to look at something and think, ‘That looks pretty simple.’ When you think about a feature like pools upfront, it looks like a square box on the ground and you put a shader on the top surface and have Sims jump in.”

“But ultimately, it’s more complexity in terms of what tech’s there and what isn’t there, what we have to build to support this. How do we cut down into the terrain, how do we get Sims going through portals across different levels of pools? There’s so much that’s going on in the background that you don’t end up seeing just to have a Sim go swimming.”

Remember, the previous games have had pools. This isn’t something the team is unfamiliar with; it’s the engine that’s the problem. It’s not bespoke, and this leaves one to wonder what other concessions had to be made to fit this square peg into a circular hole.

Nardone was cagey about admitting that pools would, eventually appear – either as DLC or in a free update. “It’s not a matter of it not being important to us or our focus not being in the right place. As we chat with fans and they continue to inform us of what they want, they’re obviously interested in pools and toddlers. They want those in the game. So we’ll continue to listen to feedback, something we’ve always done with The Sims.”

The Sims’ model is not one that encourages a lot of launch content. It’s built on the hope that between launch and the next game, players will happily slap money down for DLC, providing a continuous stream of revenue for EA. The game is about being creative, but the business model clashes with that theme time and time again.

But that build editor, damn that’s tempting, pools or no.