Sins of a Solar Empire was a great entry strategy game for its time. Originally released in 2008, it combined the best of RTS games and 4X games to create a wonderfully ruthless space-based strategy experience where you had fleets of capital and sub-capital ships dancing around from system to system as you fought for dominance over randomised maps.

It was a flawed experience, but one the team at Ironclad Games attempted to iterate on through several expansions, such as Trinity, and then the ‘definitive’ edition of the game with 2012’s Sins of a Solar Empire: Rebellion. About the only true ‘sin’ of SOASE is that it never got a proper sequel, even after all this time. We’re not sure what happened with the developers (who still seemed to be patching the game and releasing DLC), but at one point they got sued by Rebellion so, it’s good that they’re hanging in there at least.

One reason for the game’s continued popularity is it’s dedicated and competent mods community. There are some excellent mods for Sins of a Solar Empire: Rebellion, many of which have been ported to and from other games. Let’s take a look at some of our favourite picks.

The best Sins of a Solar Empire: Rebellion Mods

The best Sins of a Solar Empire mods are: 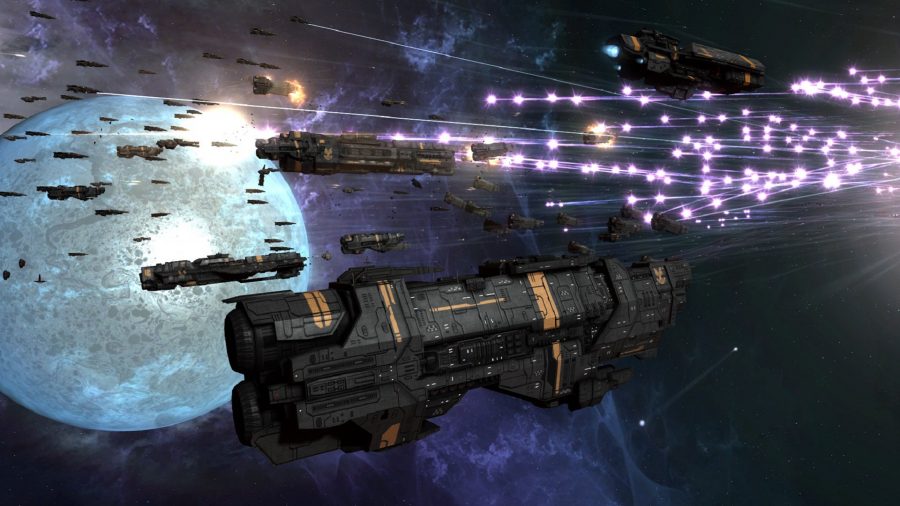 Sins of the Prophets

Who knew that the best Halo game would actually be a mod for a nine year old strategy game? Ok, ok, fine – I’m being facetious, but the Halo franchise has always been focused on ground-based action, incredibly focused stories set amidst the backdrop of an interstellar war.

The Sins of the Prophet mod for SOASE Rebellion will let you live out your space-based Halo fantasies with fully fleshed out UNSC and Covenant factions. This is one of those mod projects that’s close to becoming a professional studio, given the right backing, and the team have created some very high quality art and audio assets for the mod, as well as introducing new features and heavily modifying the base game.

Interestingly, this team, the team behind the Sins of a Galactic Empire mod mentioned below, as well as Halo-themed mod teams from ArmA 3 and Tiberian Sun have joined forces to create Chokepoint Games. This may be one outfit to keep an eye on. 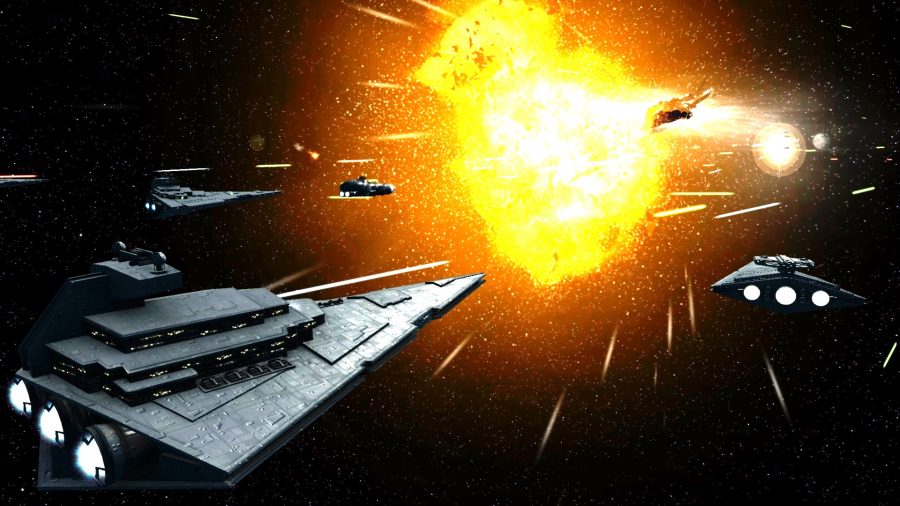 Sins of a Galactic Empire

Speaking of which, another ‘Chokepoint Games’ project Sins of a Galactic Empire is one of the leading Star Wars Sins of a Solar Empire mods at the moment. It’s an older mod that hasn’t been properly updated since 2018, but the help from Chokepoint should hopefully get things moving again.

It’s another total conversion that features ships and material from the main Galactic Civil War, the Clone Wars, as well as the Yuuzhan Vong war. We’re not sure how far along these latter two eras have been filled out, but the core Rebel Alliance vs. Galactic Empire stuff is all there. Word of warning, at the time of writing this mod can’t make use of more recent official DLCs like Minor Factions. 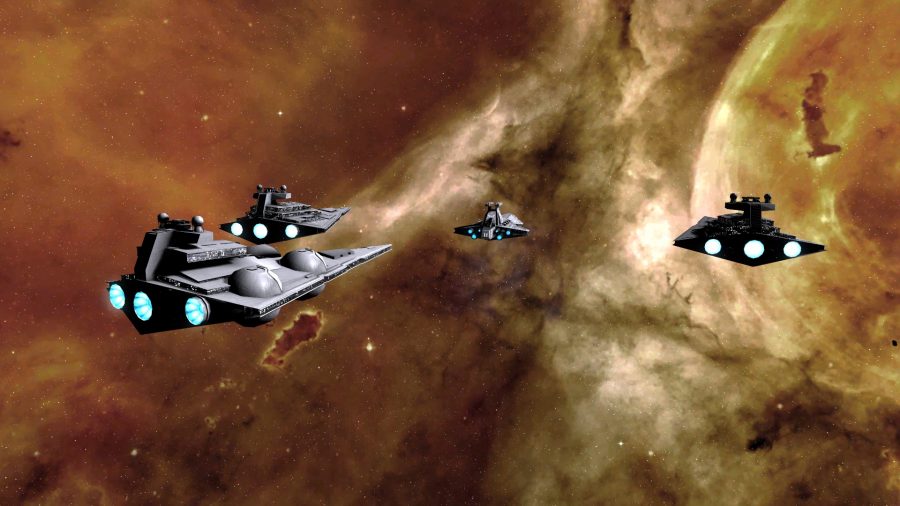 Star Wars: Thrawn’s Revenge is another popular Star Wars mod was created by the same team who made the Empire at War mod of the same name. This is another one that brings in factions and ships from several eras, and even dives into the legacy expanded universe to bring to life minor factions such as the Chiss Ascendancy and the Hapes Consortium.

It’s worth bearing in mind that this is more of a port of their original Empire at War mod, so it won’t have all of the same features you’re used to. While there are some similarities, Sins of a Solar Empire is fundamentally a different game to Empire at War, so the design concerns are different. It’s still pretty good though. 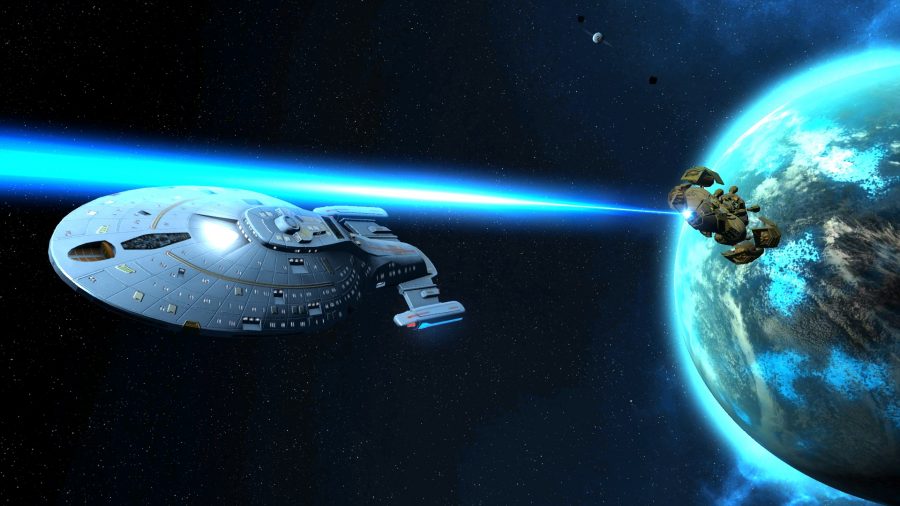 Not many games seem to lend themselves to Star Trek themed content, but Sins of a Solar Empire is a remarkably flexible game that can be applied to many IPS. There are a few Star Trek mods for SOASE, but we’re going to look at Armada 3.

This is a full-conversion mod that takes place during the time of the Dominion War (latter seasons of Deep Space Nine) and features five playable factions in the form of the United Federation of Planets, the Klingon Empire, the Romulan Star Empire, the Cardassian Union/Dominion Alliance, and the Borg Collective. While this mod was officially released years ago, the team are working towards a more ‘definitive’ version of Armada 3, hopefully due out later this year.

Armada 3 is at the time of the writing the most popular of the Star Trek mods for Sins of a Solar Empire, but there are two more as well that within ten places, namely Star Trek: Sacrifice of Angels 2 and Ages of the Federation. You should check them out as well. 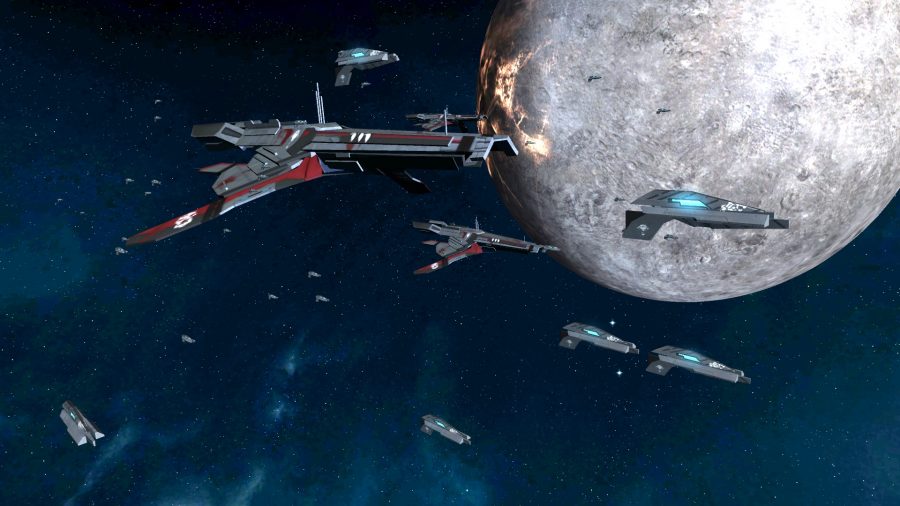 Dawn of the Reapers

It’s not often we get a Mass Effect mod, but in the absence of a new game in BioWare’s definitive RPG space opera, we’ll take whatever we can get. Dawn of the Reapers hasn’t had a major update since 2019, but the developers are still very much active and working on things.

It brings in factions and ships from across the Mass Effect universe, including the Systems Alliance, the Council, and even the Reapers themselves. In the most recent update, the developers have worked hard to ensure you can play this mod without needing any of the DLC, which is nice of them. 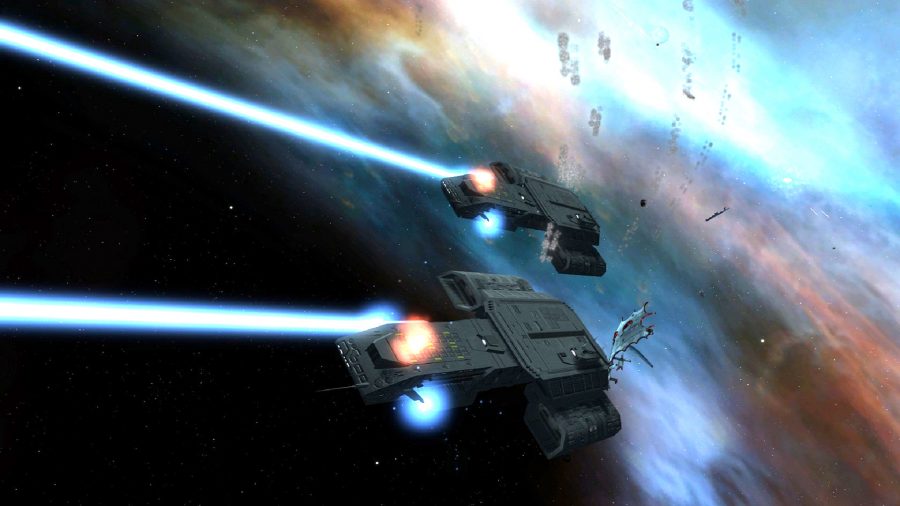 It’s honestly a crime we haven’t had a serious Stargate game, in all the years the show has been around and the potential it can offer. Personally, I’ve always thought it’d make great fodder for an XCOM-style game, but I’ll take a fully fleshed Sins of a Solar Empire mod as well.

Stargate Invasion features the Tau’ri, Asurans, Goa’uld, Wraith and Asgardians as playable races, each with their own custom ship models, AO and artwork. The Asgardians and Wraith are currently still WiP, but the other three are fully playable and the Wraith are due to be released in the near future, hopefully this year. 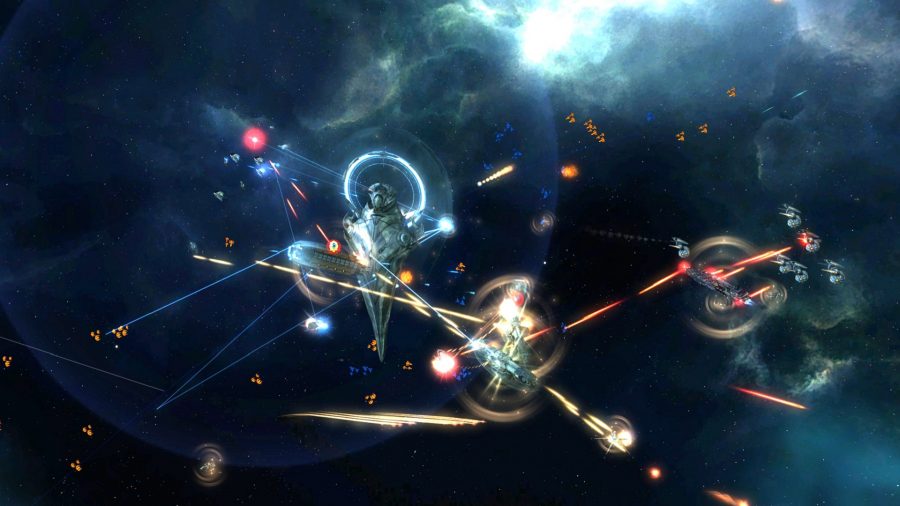 To finish off this list, we’re going to step away from cool license tie-ins and return to Sins of a Solar Empire as it was originally made. There’s not much to the lore and narrative beyond what you see in the opening trailers, but the world of Sins is pretty decent and there are plenty who enjoy mucking around in its hyper-aggressive vision of the far future.

The Enhanced 4X mod is an attempt to flesh out the other ‘Xs’ of the game’s design. In theory Sins is a hybrid RTS/4X game, but it focuses on the ‘exterminate’ portion more than the others. E4X attempts to rebalance things by including new mechanics such as Hero units, new sub factions, encounters, new ship upgrades, even new espionage mechanics to go with diplomacy. It wants to enhance the strategic and non-combat portions of the game specifically.

There are so many cool options and tweaks you can do, they developers have created their own mod manager for the game to allow you to customise your offering to suit what you’re looking for, which is pretty neat.

If you like what you see when it comes to the E4X mod, there is actually a Star Wars mod that’s been inspired by its design. Check out Star Wars: Interregnum if you want the features and philosophy of E4X applied to a galaxy far, far away. 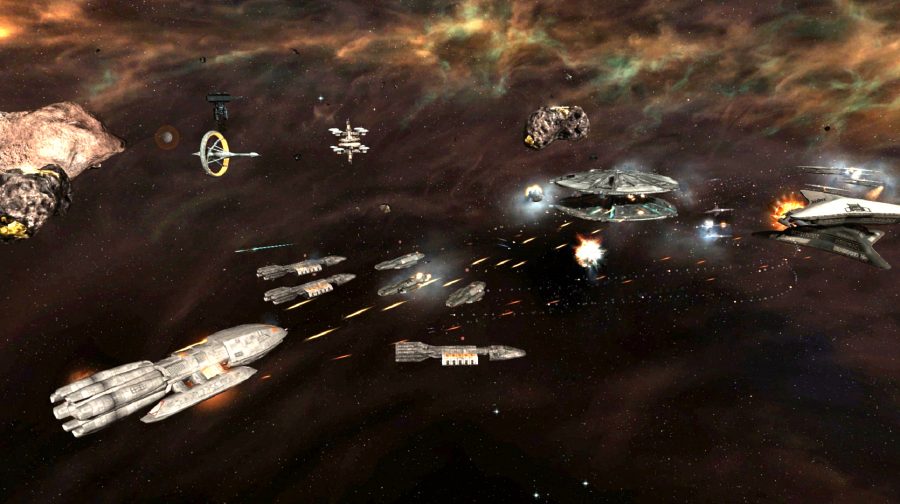 How to mod Sins of a Solar Empire: Rebellion

Despite being available on Steam (and at quite a decent price during sales), Sins of a Solar Empire: Rebellion does not have Steam Workshop integration. You’ll need to do a bit of manual modding.

Sins of a Solar Empire does use it’s own internal mod manager, which lets you enable and disable mods at leisure. There’s not a lot of nuance to it, and it won’t be able to handle conflicts or technical errors, but it’s better than nothing.

By and large, you’ll just need to grab a zip file and make sure you unzip it into the right place. For a mod that requires the most up-to-date version of Sins, it’ll look something like this for Windows users: C:\Users\\Documents\My Games\Ironclad Games\Sins of a Solar Empire Rebellion\Mods-Rebellion v1.85

Once your mod is in the right place, going back to the ‘mods’ section of the menu will let you enable it for use in-game. Sometimes, for the large total conversion mods, you’ll need to restart before playing.

Some things to keep in mind:

The golden rule with all of our mods guides, is that even though we’ve provided some general advice, always read the installation instructions for the mod you want to install. They should include the general, all-purpose advice you do for every mod as well as anything specific you need.