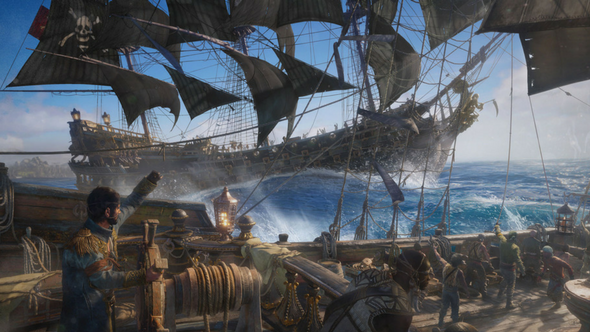 If you thought Ubisoft’s upcoming Skull & Bones looked like it might be right up your alley but weren’t sure about multiplayer, rejoice. Ubisoft have confirmed, when speaking to PC Gamer, that the game will indeed offer a single-player narrative.

Keep an eye on our upcoming PC games list for more ships on the horizon.

According to a Ubisoft representative, the campaign will be “integrated” into the game rather than stand alone as something “aside” of the multiplayer mode. Players will meet “iconic characters” and “memorable rival pirates.”

There are additional details coming further down the line, but the confirmation that players not so interested in the multiplayer will have something to look forward to is essentially plucked right out of a pirate’s treasure chest as it is.

“We like to say that this is just the tip of the iceberg of what we have to show for Skull & Bones,” a rep commented to PC Gamer. Hopefully, the single-player content is just as robust as what we’ve seen for multiplayer.