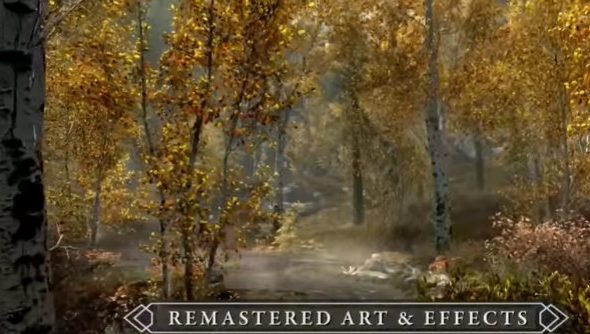 You’ll hopefully be able to carry over your Dragonborn in Skyrim Special Edition: 2016, Bethesda say, pretending everyone won’t want to start again because they’ve completely forgotten what their horn-helmeted avatar is doing halfway up a mountain.

Bethesda have been revealing more information about the HD remaster of the popular open-world adventure, but the messaging so far hasn’t been the most confident.

First off, Bethesda’s Pete Hines told us existing mods should be usable in the remaster by answering someone’s question on Twitter with “basically, yes”. He wasn’t saying they’d all work, though it suggests some will.

This is likely because the game engine is now 64-bit like Fallout 4, meaning the Skyrim Script Extender would have to be re-coded as a 64-bit version for the mods to carry across. We know the remaster will come with its own version of the Creation Kit, so maybe it’ll be down to modders to move their work across.

Game saves moving across came with similar messaging, with Pete Hines saying they “should” be usable. Here’s the tweet: