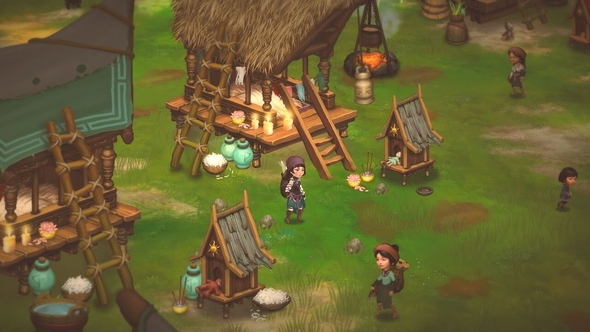 Publisher Curve Digital’s new survival RPG, Smoke and Sacrifice, has just been announced and it looks both beautiful and terrifying.

Fancy a bit of roleplaying? Check out our list of the best RPGs on PC.

Developed by independent studio Solar Sail Games, Smoke and Sacrifice tells the tale of Sachi, a young mother on a quest to discover the fate of her child. Sachi must venture through a beautiful hand-drawn gothic world inhabited by unsettling plants and animals – who forage, mate, breed, and prey upon one another – as well as harsh societal customs. Sachi must craft, fight, survive, and explore in her quest for the truth.

The trailer is both intriguing and disturbing, bearing a resemblance to Don’t Starve but with a hand-painted storybook feel.

“We wanted to combine a meaningful narrative with the challenges of survival gameplay,” Tancred Dyke-Wells, co-founder of Solar Sail Games, says. “Discovering ways to influence this creepy, organic world to your advantage is key to pursuing your ultimate quest.”

Smoke and Sacrifice is due for release on PC later this year.