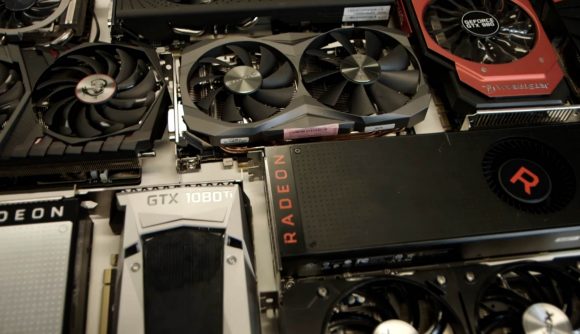 Gaming PC components have become such a high commodity in the great stock shortage of 2020/21 that graphics cards, RAM, and SSDs are now at the centre of smuggling rings. In a story that sounds like it’s lifted from one of your favourite action-adventure games, a group of suspicious men fled the scene in a speedboat after Hong Kong customs jumped into action, but the fishing boat they were loading from couldn’t make the same getaway.

On-board, the authorities found a shipment containing 300 of Nvidia’s new CMP mining-dedicated graphics cards, alongside memory, SSDs, smartphones, and a bunch of other goods that are suspected to be smuggled into the country. It makes you wonder how much they managed to get away with before they were spotted.

The Nvidia 30HX GPUs alone are worth $700 each, with a combined value of around $210,000. Since they offer an Ethereum hash rate of around 26 MH/s, they’re not particularly impressive as the GTX 1070 can hit a similar rate for an overinflated sum of $500 each. Residents of China aren’t likely to be picky, however, as Videocardz notes that some areas have banned crypto mining farms as a result of power surges.

Even if the 30HX is no match for an outdated consumer card, it’s still no slouch as all 300 would be able to mine an estimated $5,000-worth of Ethereum every week – and the price of that specific cryptocurrency is still climbing.