Solasta: Crown of the Magister, a turn-based RPG that faithfully interprets fifth edition Dungeons and Dragons tabletop rules, takes another large step in its journey towards full release with its big Spring update. Set to arrive on March 25, the update promises a smattering of new quests and quality of life improvements, but its main feature is the addition of the Dungeon Maker.

“A lot of people were asking about modding and if they could make new dungeons and maps,” Emile Zhang, community lead at Tactical Adventures, explains during a demo of the new mode. Studio head Mathieu Girard and his team were interested in the idea, but the Unity-based internal tools they use to create dungeons in Solasta were too complicated to just hand over and expect the community to have a good experience with. And according to some top modders the team was in contact with, if the tools were too complex they would just ignore them anyway.

So Tactical Adventures opted to build a dungeon design experience that everyone could participate in, not just modders. The mode the team came up with has a lot in common with Mario Maker, but with more deadly spiders and skeletons.

Players start with a blank 2D grid that they can drag and drop rooms onto, connecting them like Lego bricks. The rooms themselves have predetermined shapes and sizes, and can be placed pre-furnished with obstacles and objects, or left empty. From there, you can fill the room with loot-loaded chests, deadly traps, monsters for your party to slay, and interactive objects to dispense snippets of lore. Voila! You have yourself a playable dungeon. 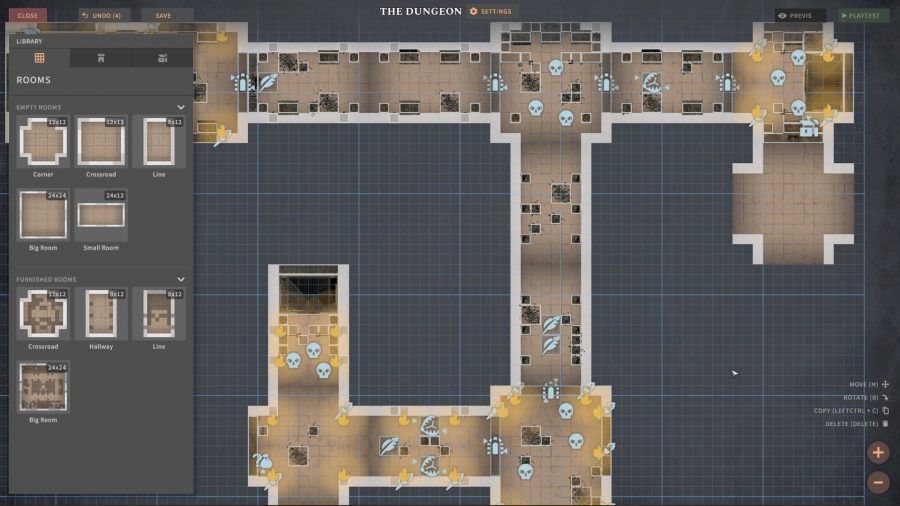 Only the necropolis tile set will be available when the update drops on March 25, but the plan is to add every biome, object, monster, item, and spell or ability that exists in the full game as an option for your custom dungeons. Eventually, you’ll be able to adjust how difficult locks are to pick, how much damage a trap does, and how strong an item is. However, creating custom assets is currently off the table.

“We wanted to create something very simple to use that’s inside the game,” Girard says, noting that letting creators develop their own textures, objects, and environments out of the gate would complicate that goal. That doesn’t necessarily stop modders from taking on the challenge solo, but Tactical Adventures recognises that the two can coexist.

One of the benefits of using objects that are already in the game is that sharing these creations between players is a cinch. Everything is saved in a JSON file, a common text document that’s compatible with a bunch of different programming languages. These file types also have super small file sizes, and reference objects that exist in the game already, meaning you don’t need to accompany these files with any additional assets. “You can even edit the file yourself if you want,” says Girard, “if you’re brave enough to create a dungeon just by editing text.” 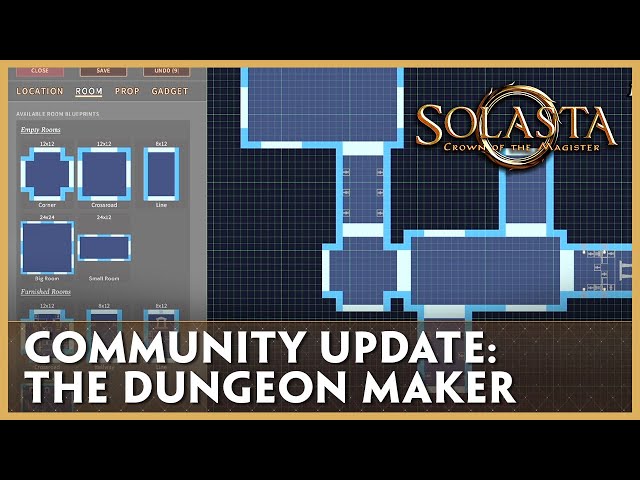 It’s tempting to view this as a first step towards a more comprehensive game master [GM] mode, where Solasta could act as a medium to run actual fifth edition D&D games through. Girard, a pen and paper tabletop GM himself, insists that the Solasta available at launch won’t be an appropriate resource for that kind of play. “Our specialty is making video games, not tabletop tools,” says Girard, “I can see the temptation. I mean, Solasta is a very accurate simulation of 5E rules.” But ultimately, it’s not a focus of the team at the moment.

The dungeon creator isn’t the only shiny new thing arriving with the Spring update. While the main story mode is on hiatus until the 1.0 build of the game launches, the Spring update adds a dragon’s hoard of side quests for players to explore. This will include the long-awaited background quests, which are side stories that will help fill out the mandatory backgrounds you assign to characters during character creation.

Difficulty sliders and gameplay tweaks are also inbound. Lots of individual sliders and checkboxes have been added to play with the moment to moment experience. You can adjust enemy AI to make them more aggressive or reel in their ferocity so they don’t continue to attack unconscious allies. 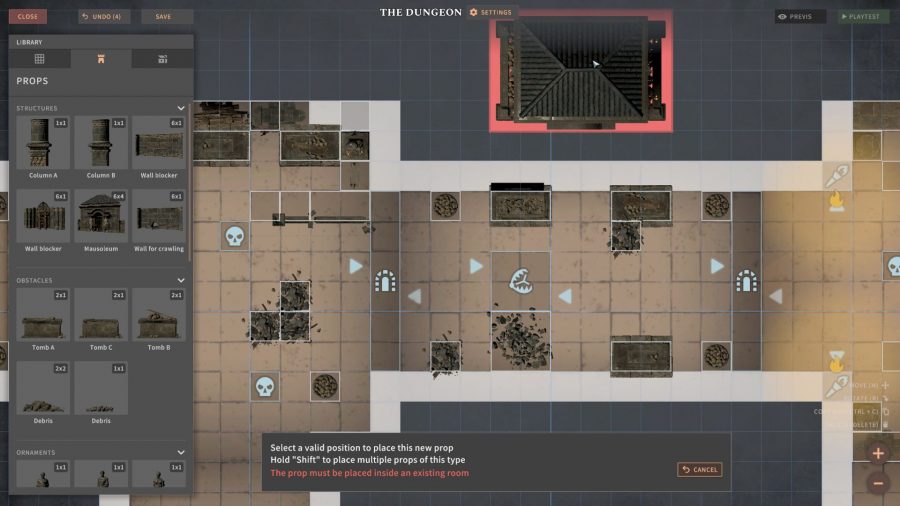 One of my favourite additions is ‘karmic dice’, which lets the algorithm step in and make sure you don’t roll poorly too many times in a row. These all help bring the freedom of pen and paper D&D to Solasta, mimicking the kind of house-ruling that many game groups do to trim the small features of the game that can impede enjoyment.

The Spring update boldens the line connecting the tactical RPG and Dungeons and Dragons, adding an accessible dungeon creator and a slew of difficulty settings and options for players to mess around with. Solasta: Crown of the Magister continues to be one of the best translations of the tabletop game to date.