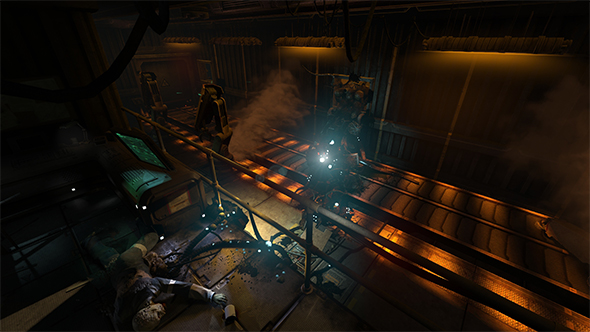 Undersea spookfest SOMA is one of the most loved horror games in recent memory, but there’s always been one big complaint: the monsters. Not that they’re too scary, but that they detract from the worldbuilding and storytelling that truly make the game special. You’ll soon have an option that will make the frightening fiends a thing of the past.

If you do want some monsters after all, be sure to check out the best zombie games on PC.

On December 1, SOMA will be getting safe mode that will prevent all those ugly monsters from trying to gobble you up. While this new feature is timed with the game’s Xbox One release, it will be hitting PC as a free update on the same day.

SOMA’s monsters have always been a controversial, and the Wuss Mode: Monsters Don’t Attack mod is the game’s most popular Steam Workshop add-on by a very wide margin. It’s good to see Frictional take cues from the community to include it as an official option.

Frictional Games are of course working on more than mods and ports of two year old games, and in fact are working on two new titles. At least one of those will be straight-up horror. Monsters, though? Who can say! But we can safely say running from scary things never truly goes out of style.