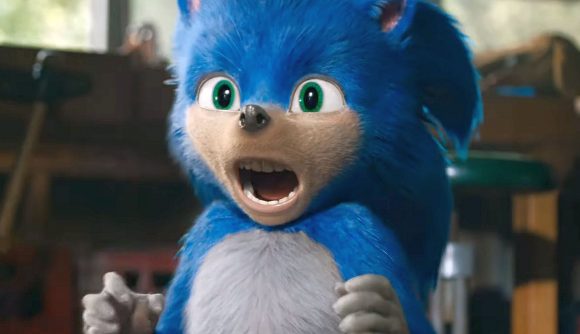 May 24, 2019 The Sonic the Hedgehog movie will be delayed as the filmmakers change Sonic’s look.

Despite the reaction to the titular mammal’s Hollywood appearance, the live-action Sonic the Hedgehog movie is still coming. Shortly after the internet had its way with the original trailer, director Jeff Fowler announced that changes were coming – though that left some worried that a bunch of VFX artists were about to work major overtime to change Sonic’s look.

Today, Fowler says we shouldn’t worry. The Sonic the Hedgehog movie is now scheduled to release on February 14, 2020, several months after its original November release date. The tweet ends with a hashtag acknowledging that “no VFX artists were harmed in the making of this movie.”

The original trailer is still a bizarre piece of work, even aside from Sonic’s questionable appearance. Highlights include the puzzling decision to set the music to Coolio’s timeless hit ‘Gangsta’s Paradise’ and the first appearance of Jim Carrey as Dr ‘Eggman’ Robotnik. It’s a restrained interpretation, foregoing any prosthetics that might actually make him egg-shaped in favour of a slimming black-and-red suit, and taming the bushy moustache to a state of twirliness that has me convinced Sonic will at some point be chained to a railway track.

Without further ado, here’s the trailer:

Shade aside, it’s always fun watching Jim Carrey play Jim Carrey, and that looks like exactly what he’s doing here. He is joined by recurring Parks and Rec guest Ben Schwartz as the voice of Sonic and James Marsden as Tom Wachowski, the newly appointed sheriff of Green Hills, who serves as Sonic’s friend and guide to life on Earth (Sonic’s World is a separate planet, obviously).

The Sonic movie hits cinemas next Valentine’s Day, so we’ll however the final product turns out, it’ll be a romantic thing to see.