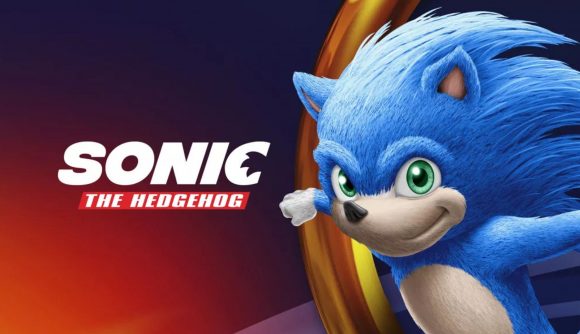 Nobody actually thinks this Sonic movie is actually going to be good, right? Knowing what we do now, nobody’s sitting there eagerly waiting for this utter monstrosity to take to the big screen, are they? I hope not.

The cause of my ire is a reported leak of the character’s artwork from entertainment branding agency Hamagami/Carroll Inc (via Eurogamer). They appeared last night, and while there’s nothing deeply wrong with them, they’re just unsettling. Sonic is supposed to be a hedgehog, and yet at the moment, the upcoming live-action film makes him look like he’s trying much too hard to be human.

I have decided (thanks to IGN’s Tom Marks) that the issue primarily stems from Sonic’s eyes, which in those images are bereft of much of the cartoony nature that made the character in any way endearing in the first place. I’m not exactly happy about the rest of it (especially not after that infamous leg leak), but the eyes are definitely the most upsetting part.

The whole thing is so upsetting, in fact, that it’s attracted the attention of Sonic’s original creator. Yuji Naka took to Twitter this morning, asking “is this a Sonic movie?”

He went on (via Microsoft translate) to say that “I feel it is important to look at the whole body visual of Sonic and head, body, and stomach. Did you not get a little more balance?”

There’s no guarantee that this is the final version of the live-action Sonic, but it does seem to align with everything we’ve seen so far. We’ll need to wait for the film’s first trailer for confirmation, and given its November release date, those should be turning up relatively soon (but I won’t blame you if you choose to avert your eyes).