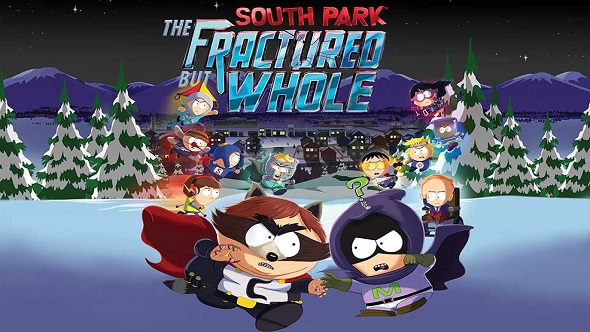 You will finally be able to become the farting avenger later this year, when South Park: The Fractured But Whole releases on October 17. Along with a new trailer, Ubisoft have announced the game’s pre-order bonus and its varying special editions.

Role-playing fans should look no further than our list of the PC’s best RPGs.

Initially scheduled to release back in 2016 on December 6, The Fractured But Whole has had quite the bumpy road to a final launch date. The first delay was to Q1 of 2017, as Ubisoft wanted the game to meet “the high expectation of fans.” The release was put back again in February 2017, with it then set to come out sometime in the 2018 fiscal year. This delay also came with Ubisoft having to refund pre-orders of The Fractured But Whole and revoke access to copies of The Stick of Truth gained through these pre-orders. Hopefully, the release date shown in the trailer will stick and we won’t be awaiting a fifth release date sometime in 2019.

Along with the above trailer, which shows off the various flatulence-based abilities of the main protagonist, Ubisoft have revealed the different versions that will be available for The Fractured But Whole. There will be four editions of the game: Standard, Gold, Steelbook Gold and Collector’s. We don’t know what is in each edition, but expect more information to come from Ubisoft’s E3 press conference. As for the game’s pre-order bonus, superheroes will have everyone’s favourite South Park character Towlie join them as a sidekick. Acting as your gaming bud, Towlie will give you hints and advice when prowling the mean streets of South Park.

Everyone who buys The Fractured But Whole will also gain a free copy of The Stick of Truth on launch, so you can catch up on the saga of South Park’s new kid before you jump into the sequel.