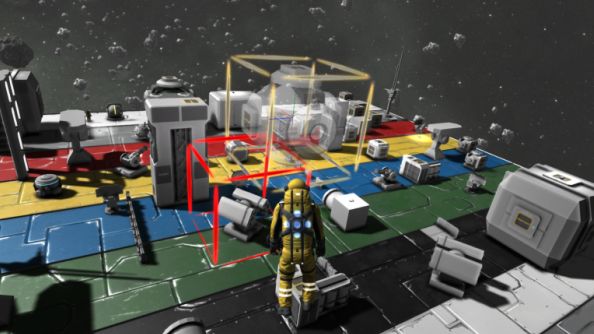 While both games still seem to be a ways off leaving Early Access, Space Engineers and Medieval Engineers now have a public roadmap that shows development plans, as they stand currently, through the rest of 2016.

If you prefer to jump into finished games, why not dig into PCGamesN’s picks of the best games on PC.

For Space Engineers, the main goals are to improve multiplayer netcode, decrease lag, and fix any annoying bugs and issues players are reporting.

Outside of this, there are lots of other tweaks on the agenda, including improving sounds, voxels, rendering, animations, FPS combat and loads more.

Medieval Engineers has a similar journey ahead, with lots of polishing and tweaking on the horizon as well as the implementation of some new features.

The historical building game is apparently getting planets like Space Engineers recently introduced, however that’s going to work. You would think a medieval game would have at least one planet already. Anyway, will someone aim this trebuchet and fire me at Mars please? Cheers.

There are absolutely loads of changes coming for both games either way, and you can check them all out on the official post.