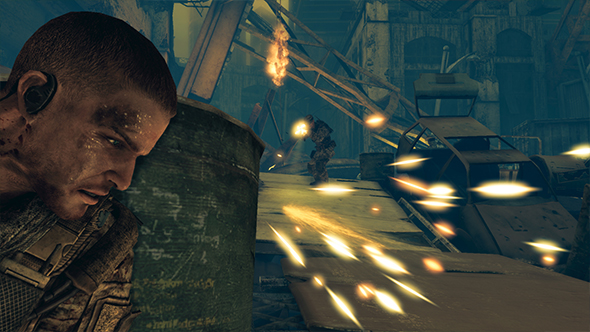 When the Spec Ops series got revived in 2012, it’s safe to say most weren’t expecting the formerly straightforward line of tactical shooters to become a Heart of Darkness-inspired grim meditation on the psychological tolls of war. But that’s exactly what we got with Spec Ops: The Line, and the idea was so novel it became an instant cult classic – even if the sales weren’t there to match the praise.

These are the best FPS games on PC.

But if you missed Spec Ops the first time, Humble are offering you a fresh chance to hit Dubai for a “delightful” “romp” through war. Hit the Humble Store page, add to cart, and a free copy is yours. The key redeems to Steam as usual, so it’ll be with you as long as your library lasts.

Spec Ops: The Line was a decent third-person shooter amid a glut of mediocre to great entries in the genre at the time. It really was the story which set it apart, and even if it didn’t quite match its literary inspirations it was still downright refreshing to see a game deal with mass violence with a less than celebratory tone.

Humble mention that the promotion continues “while supplies last,” indicating there may be a limited inventory of keys. Either way you’ll want to hurry, as less than 48 hours remain in the giveaway.