If you’re looking for an edge on your opponents when playing online, look no further than gear designed for professional gamers. The demands of competition mean that the best players are pushing the design and technology of gaming gear to new areas. That’s where QPad come in.

QPad, originally founded in Stockholm in 1992, are a specialist hardware manufacturer devoted to building gaming gear for professionals. Their original claim to fame was a vast mouse pad, designed for the earliest Nordic Counterstrike and Quake tournaments. Since then, QPad have broadened their product base with headsets, mice and keyboards, each built and designed for the top tier of gamers. 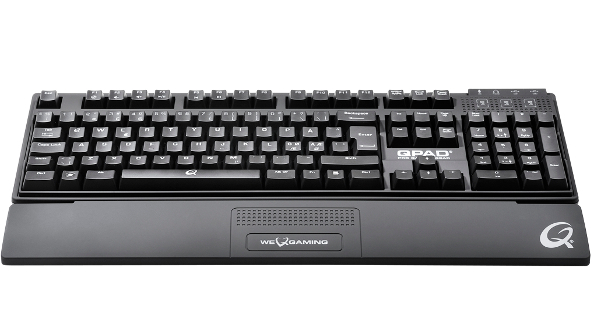 You can tell the MK-80 means business as soon as you take it out of the box. It’s a heavy, violent, extremely tough keyboard: the weight a symptom of its quality.

It’s a mechanical keyboard, that uses Cherry MX mechanical switches to register your keyboard strokes. Mechanical keyboards are part innovation, part throwback: they offer a return to the classic action of ancient IBM keyboards that used mechanical switches rather than plastic membranes to register clicks. They’re favoured by pro-gamers for a number of reasons: they register keyboard presses faster: they don’t need you to press all the way down to deliver the keyboard input. They feel better: mechanical keyboards feel like they push back against your fingers, making both typing and gaming more tactile and pleasurable. And they’re pleasingly noisy: rattling out an email feels like you’re working in an old fashioned office.

There are other advantages that come with the MK-80. There are two USB ports, built into the keyboards backplate, offering space to plug in USB sticks or mice without reaching behind the PC. There’s a headphone and microphone pass-through, that again allows you to plug and unplug your keyboard into your PC without reaching out behind the tower. There’s a backlight, and four orange highlight keys, that can replace your WASD keys to help you spot them in the dark.

Once you’ve tried a mechanical keyboard, you’re unlikely to ever return to a standard membrane device. And the MK-80 is the perfect place to start.

The MK80 Mechanical Keyboard is available from eBuyer.co.uk for £98.50 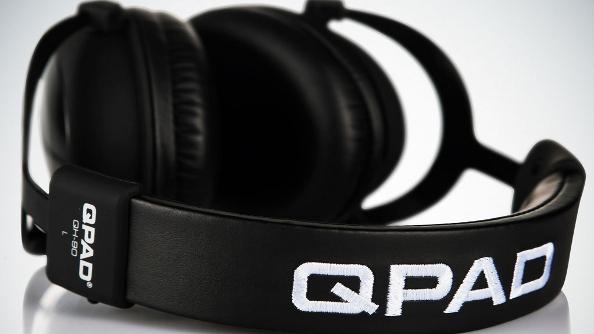 Audio matters: it’s no good playing online with a pair of headphones that can’t deliver a game’s sound properly. The QH-85’s emphasis is on sound quality, even at extreme volumes. They’re powered by hi-fi quality stereo headphones that give similar results to high-end speaker systems. It’s a level of clarity rarely achieved in a gaming headset. That’s true to for the optional microphone that transmits crisp and precise in-game chat to your friends and teammates.

There’s a little more to the headset than sound quality. It’s comfortable: with soft cushion ear pieces that let in a little of the outside world, to a long and secure capable, and adaptors to allow you to connect the headphones and mic to an iPhone. 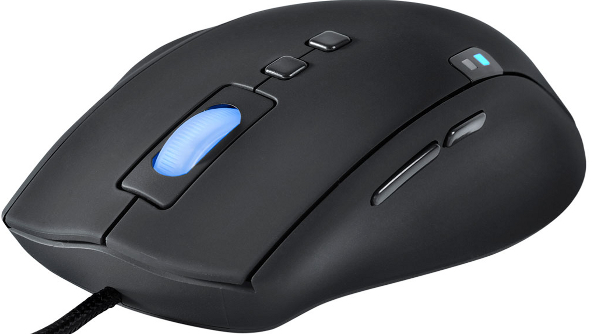 In high-level PC gaming, response and precision count for everything. The QPad5K mouse is engineered to absurd tolerances to deliver the movements of your hand to your game. The laser that powers this beast of a mouse senses at over 5000 DPI, and can sense an absurd 150 inches per second of movement. It’s shaped carefully for right-handed gamers, with rests for your fourth and little fingers on the right hand side. The mouse wheel is fast moving and light to the touch, while the cable is braided to avoid snagging. In use if feels like a sleek, futuristic weapon. It just removes any excuse you may have had for losing.

The Qpad 5K Pro-Gaming Laser Mouse is available from Overclockers.co.uk for £49.99