The gaming laptop should be the most celebrated piece of hardware in the PC gamer’s armoury – a machine so highly-evolved as to make Metro: Last Light a doddle on the train. But history has taught us to expect the worst: expensive and bulky boxes, impervious to upgrades but prone to nightmarish melting episodes and outdated within a couple of years.

Alienware think we’re over all that, however. Here are six ways they’re changing the landscape of gaming laptops for the better.

This article is produced in association with Alienware. 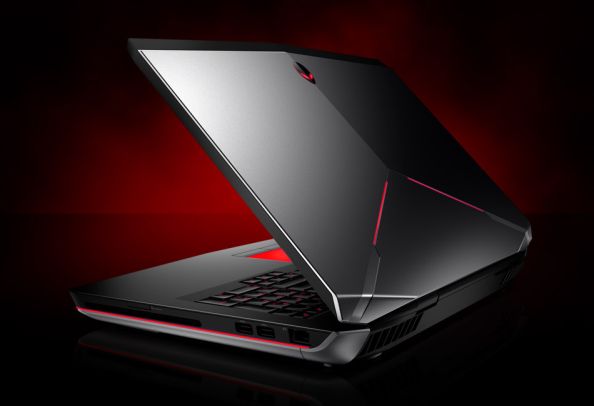 Graphics amplifiers are turning Alienware laptops up to 11

The magical doohickey Alienware call a graphics amplifier is an external GPU – a little box that you can pop under a desk or on your bed. It can output up to 375 watts of power and house any graphics card available today, with the exception of Nvidia’s dual Titan Z.

Plug the amplifier into one of Alienware’s laptops – the new 15 and 17 or the existing 13 – and it’ll take over from the machine’s internal GPU.

The effect is to make gaming laptops upgradable whenever they’re within reach of a mains socket. It’s an acknowledgement from Alienware that very few of us have the funds to own a gaming laptop and desktop at once.

“You simply don’t need a large desktop at home anymore,” says Alienware’s Daniel Charbit. “With the amplifier you can get the best from both a powerful desktop for when you’re stationary, and a decent laptop when you’re on the move.”

And when the amplifier’s GPU starts to lag behind in a couple of years’ time?

“You can very easily upgrade it. It’s way easier than small and fiddly form-factor desktops, where you can get multiple compatibility issues.”

You can actually sit them on your lap

Gaming laptops have become notorious for overheating, leaving users’ genitals branded with impromptu cattle grid tattoos. But Alienware build their hardware with “higher grade materials than some of our competition might do”.

“Some laptops put their fans on the sides, but that’s where you put your hands for things like your mouse,” says Charbit. “It’s much better to put them at the back.

“It comes at the trade-off of a higher price, but with the use of these better materials, you’re going to be able to play games with a laptop on your lap and not get burned.”

They won’t break your shoulders either

The Alienware 13 weighs in at two kilograms – and in there is enough hardware to “suit the needs of most gamers”, even without the amplifier.

“That’s pretty amazing,” says Charbit. “In terms of thickness, each new generation has had it reduced greatly.

“It was built in such a way so that the chassis would look good, and that it’s as light as possible but also really solid. It needs to be, because gaming laptops are going to be moved around a lot.” 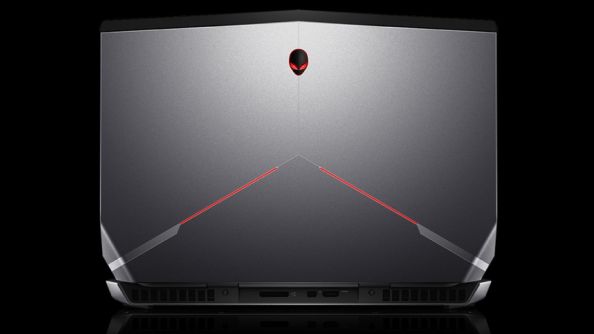 Alienware do extensive in-house testing to ensure that their laptops can sustain a lot of “mistreatment”.

“Obviously I’m not going to try that with my own laptops, so I can’t tell you that it flew five feet into the air and is perfectly fine,” laughs Charbit. “But they should be working well under a lot of duress and damage.”

One laptop does not have to fit all

Alienware were shoving high-end graphics cards into laptops even before their acquisition by Dell in 2006.

“That did not change anything about us at all,” notes Charbit. “We’ve still got the same people working here.”

Today, the market has “evolved a lot” and is rather more saturated, but Charbit reckons the company’s experience still confers an advantage.

“Even here within Alienware, we all have different preferences on how we want our own gaming laptop,” he says. “You can buy an Alienware 13, a relatively thin and light laptop, and run almost every game out there. On the other side of the spectrum, you can have a larger and heavier laptop that can compare to your typical desktop.”

Battery life is getting better

Of course, your mileage may vary and you’ll always enjoy a longer session if you stick to Minesweeper. But thanks to Nvidia and Intel tech like Maxwell GPUs and Broadwell processors, Alienware have noticed a significant leap in battery life over the last generation of laptops.

“Intel and Nvidia are always trying to reduce power consumption while squeezing out even more horsepower from their technology,” says Charbit, “so today I think we’re in a really good spot.”