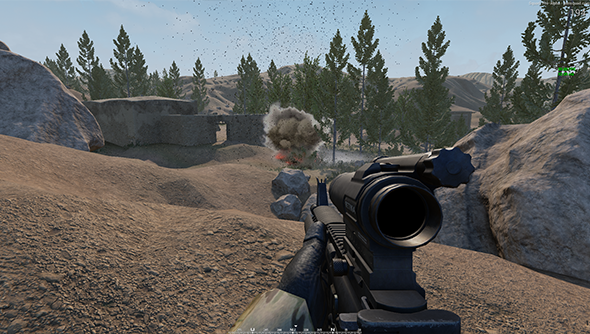 When game developers start talking about realism, we’ve learned to brace for earthy grit and military pedantry. But Chris ‘Irontaxi’ Greig and Alastair ‘Chuc’ Sew Hoy have spent half a decade each working on wildly successful Battlefield 2 mod Project Reality, and they’ve learned a thing or two about the word – things they’re applying to their standalone Unreal Engine 4 game, Squad.

“I would say it’s the difference between checking your keybinds and checking your heart-rate,” said Greig. “I can’t remember a time that my heart-rate went up playing Arma. I want the realism where my heart starts pounding and I feel like I’m part of something.”

While real-life battle accounts can be heightened to the point of surrealism, first-person war sims are more often concerned with military minutiae – the number of rounds in a clip, or grunts in an APC. But maybe that’s to be expected when, according to Sew Hoy, military advisors rarely open up.

“It’s very hard for someone who isn’t used to it to articulate their own battle experience,” said the project manager and animator. “While military advisors are great for fact-checking, it’s the emotional accounts of battle that really influence how we design systems.”

There is a Project Reality 2 is in development for CryEngine – but Greig, Sew Hoy and team have split from the non-profit mod group in an effort to begin making money – especially for their youngest co-workers, many of them students or recent graduates.

The new title they’ve settled on, Squad, reflects a shift in ethos. On this project, technical realism will always be trumped by an emphasis on teamwork.

“We’re making the team an essential functional component that has to be there in order to win the round,” said Greig. “To the point where you cannot complete your objectives if you’re not working with your teammates.”

Sew Hoy is keen to capture the “credible relationship that you would get on the battlefield” – and that means making group systems accessible to players used to lone-wolfing it in CoD. While squad leaders and commanders can take on greater responsibility and complexity, none of that will trouble new players.

“We’re Arma players and Battlefield players, but one of the keys to having the community happen – and we know this from experience – is being able to jump in a server, jump in a squad, start talking with guys, and then go right to battle,” said Greig. “There should be a minimal amount of learning.” 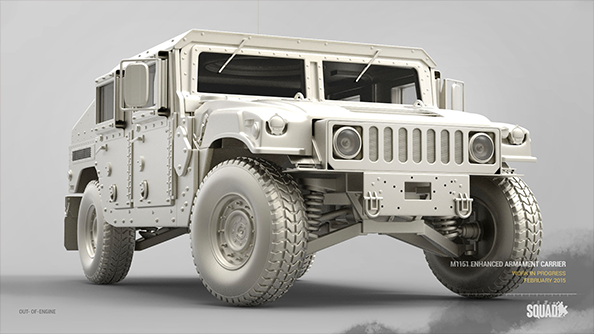 A typical encounter might find a squad engaging in a firefight together, and then stopping afterwards to take stock of their losses in ammo and manpower – distributing new magazines from vehicles and assigning medics.

“You would typically see that kind of [FPS] behaviour occur in private settings, maybe clan matches or organised events,” said Sew Hoy. “But [we want] this kind of thing happening in public matches – where complete strangers can actually get together into a squad and then communicate and coordinate very organically.”

As in Project Reality, complementary tactics will be encouraged – infantry clearing out built-up areas ahead of tanks to prevent the armour being ambushed, for instance. And there’ll be scope for specialised roles: Greig’s modding alias, Irontaxi, is owed to a habit of driving APCs almost exclusively through one-hour rounds. 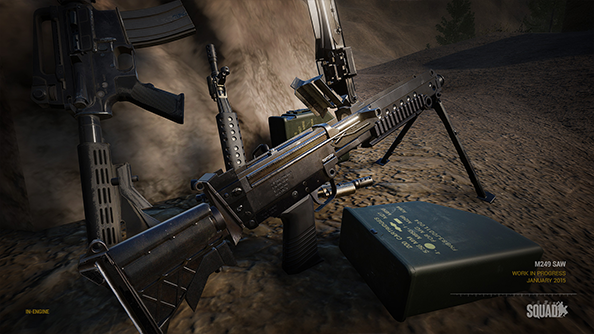 “What’s great is that the expertise isn’t necessarily in getting headshots,” said Sew Hoy. “The people who take leadership roles, it’s more about them being able to plan ahead and adapt to the battle condition.”

The Squad team are concerned with low-level details, too, where it can help to sell the simulation. The player’s whole body will be visible in first-person – meaning the wounded can watch their own limp legs as they’re dragged out of danger by comrades.

Moreover, non-traditional FPS modelling will see the same set of animations play in first-person as in third-person. It’s a decision that’s halved Sew Hoy’s workload – no small deal when project leads are working 20 to 30 hours a week on top of their day jobs – and seen Squad dodge the simplistic avatars we’re used to seeing stand in for FPS comrades. 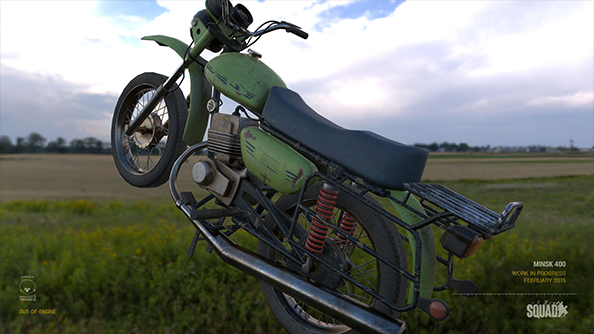 “Even something as simple as the character pulling his trigger or changing his fire mode”, said Greig, can be special. “When you see that happen in true first-person, your squadmates become much more real.”

While Squad can’t rival Project Reality and its dozen factions for scale, the team are taking advantage of Unreal Engine 4 to knock down old boundaries.

“A lot of the rule systems in PR were built around limitations in the Refractor engine,” said Greig. “We don’t have those limitations anymore.”

In life, a twin-blade helicopter might hold 30 or 40 people – in Battlefield 2, a vehicle couldn’t take more than eight. Hopping forward a decade into an engine with a state-of-the-art physically-based rendering system, meanwhile, has enabled the team to make their work “so much more shiny and more appealing”.

Some of the more fundamental change will come in designing game modes that don’t lean on flag-capture. Squad’s alpha phase will be about experimenting with a couple of new game types and not worrying, at least at first, about whether or not they’ll “suck”.

“Right now we’re just trying to build something that will eventually sustain itself,” said Greig. “We’re being rational about what we’re doing here. It’s not about all these lead guys making $100 grand in a year – but if we can support a small team of up-and-coming developers, and we can be the conduit through which they get a little bit of money, that’s a huge win I think.”

Squad hasn’t yet entered early access, but the team are accepting donations. Unreal Engine 4 development is now available for free.

In this sponsored series, we’re looking at how game developers are taking advantage of Unreal Engine 4 to create a new generation of PC games. With thanks to Epic Games and Squad Development Team.