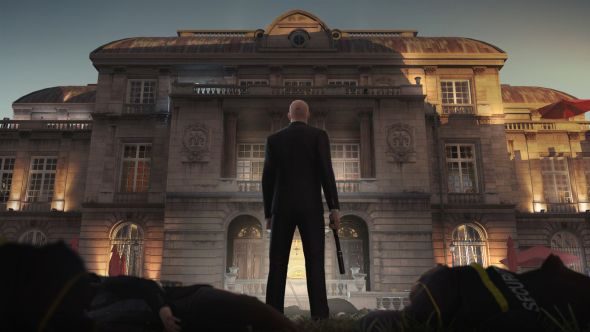 Update May 27, 2017: Square Enix are looking into keeping the Hitman franchise going, according to the transcript of its earnings call.


Following the breakup of developer Io Interactive and publisher Square Enix earlier this month, the fate of the Hitman IP was left hanging in the balance. While they declined to comment at the time of the announcement, the published transcript of Square Enix’s latest earnings call hints at a hopeful future for the franchise.

Build your own successful publishing empire in one of our picks for the best sandbox games.

In the transcript of the earnings call, Square Enix president Yosuke Matsuda stated that because Io are “engaged in the development of Hitman and other renowned titles”, Square Enix are “negotiating with prospective external investors capable of ensuring that these titles carry on.”

How this negotiation will play out is up in the air; Square Enix may license the IP out to other developers or sell the franchise outright to another studio. It is uncertain if Square Enix will also sell off Kane and Lynch as part of any potential investor deal.

According to Matsuda, the reason to break from Io Interactive was due to “the competitive landscape in the Western markets” and Square Enix’s desire to focus more heavily on “development resources”. There’s been no news about a potential buyer for Io Interactive following its downsizing, but we’ll update you if anything is announced.

Update May 23, 2017: Following their breakup from publishers Square Enix, Io Interactive have been forced to lay off staff to keep the studio afloat.

There’s no word on how many staff are affected by the layoffs, but the studio announced the news in a tweet today.

An update from the studio: pic.twitter.com/k0aoms5cOQ

Remedy Entertainment and EA DICE are among some of the studios offering to pick up those affected, so hopefully most of the developers soon find a new home.

There’s a chance Io are being forced to downsize to become more attractive to potential buyers, but there’s no word on a buyout yet.

Original Story May 11, 2017: As part of their financial year 2017 results announcements, Square Enix say they are “withdrawing from the business” of Io Interactive, the folks who’ve been putting together Hitman for the last 16 years. It comes at the end of a year where Square posted record sales and profits thanks to Final Fantasy 15, Rise of the Tomb Raider and various mobile games.

The split from Io was reported due to the ‘extraordinary loss’ it created – in other words, because Square lost a lot of money they’d invested in the studio over the years. They report it at 4,898 million yen, a cool $42 million / £33 million and change. Square say the move was made to “maximize player satisfaction as well as market potential going forward” and that they are “focusing resources and energies on key franchises and studios.”

For the record, Hitman Absolution has reached over 3 million owners on Steam (thanks to multiple bundles and heavy discounts over the years) while 2016’s episodic Hitman is around the 630k mark. Those are Steam Spy numbers, so take a pinch or two of salt, but according to our research into Steam Spy they should be accurate.

It’s unclear if Io or Square Enix retain the rights to the Hitman franchise, and Square Enix declined to comment on that or any other part of their split. Io Interactive have also indicated via social media that they have nothing to say right now. In most cases, publisher retains, but we’ll have to wait and see.

Due to the loss of investment, Square have also begun looking for new investors, with discussions already having started. “They are being explored since this is in the best interests of our shareholders, the studio and the industry as a whole,” they explain. You can read the full statement here.

As for their year as a whole, you can see Square Enix’s record sales and profits here, or neatly summarised over on NeoGAF. Essentially, FF15 paid off and the move from Xbox exclusive to multiplatform for Tomb Raider helped too. “Strong download sales of previously released titles” is also mentioned, at least some of which must be the Steam releases of various older games. For us, that hopefully means more PC ports in the near future.