You can now pre-order the Google Stadia Controller as standalone kit without repurchasing the Founder’s Edition kit. The cloud-connected controller for Google’s upcoming game streaming service is now available to purchase for $69 (£59) via Google’s official store with a delivery date alongside Stadia this November.

Whether you’ve already decided who will be the lucky recipient of your Stadia Buddy Pass or you fancy a little Wasabi in your life, now’s your chance to net an extra controller without any additional costs. The Buddy Pass scores you three months of Pro subscription to Stadia from the get-go in November and now your friend can complete the experience with a controller of their own.

The $129 (£119) Founder’s Edition was previously the only way to grab yourself additional kit, with the option to add controllers appearing exclusively alongside the full pre-order kit. That had initially meant that those of you that opted to stick to one controller at checkout and later changed your mind were out of luck. But Google has since rectified this issue.

Always options: These are the best PC controllers around

You’ll need to have access to Stadia come November to use the new controller, however. That means you, or someone you know, has pre-ordered the Stadia Founder’s Edition kit and is willing to share. 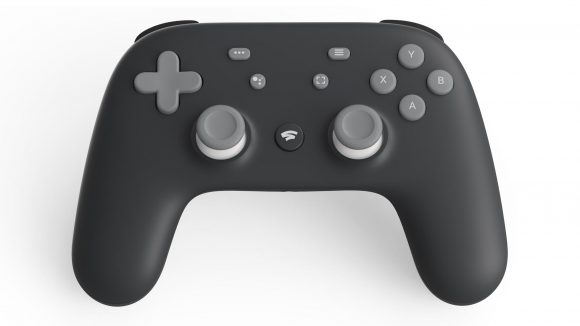 The controller utilises dual-band 2.4GHz/5GHz to connect directly to Google’s datacentres. This allows for quick-swapping between devices, lower input latency, and one-touch capture via a single button on the controller.

It also supports Bluetooth 4.2, both USB-C and wired 3.5mm headphones via their respective ports, and comes equipped with a rechargeable Li-Ion battery.

It’s worth noting that, while the Stadia Controller features exclusive functionality with Google’s streaming service, it is not required. Many popular controllers, and PC gaming’s preferred mouse and keyboard, are also supported.