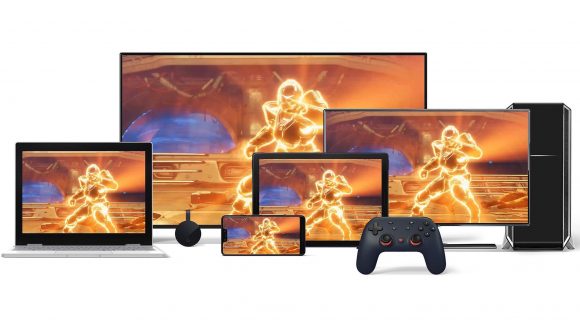 Two members of the Google Stadia team have taken to Reddit for an AMA to address some users’ questions and discuss some new features coming to Stadia in the run-up the the cloud gaming service’s launch on November 19. Oh, and offer to hand-deliver Stadia Founder’s Editions on launch day, apparently.

During the AMA, staff members Beri Lee and Andrey Doronichev addressed some Stadia pre-order folks’ questions on actual delivery dates. “You can check your estimated delivery date by logging into Gstore and checking your order history. You’ll get your activation email soon after your order ships. Stadia goes live at 9am PST on Nov 19, and your activation code will work immediately once you receive it.”

So while you may be able to play before the Stadia Controller arrives, it’s not quite the day one experience many users were hoping for. Google is shipping Stadia pre-orders out in the order they were made, which has come as a surprise to some users hoping to gain access immediately to the streaming service.

At least there’s a saving grace for one lucky Reddit user. Doronichev has promised to pick one user in the bay area, California to receive a hand-delivered Stadia Founder’s Edition.

“You know what? Here’s a crazy idea. Let me personally deliver one. If you are in the Bay area and you are ok with me coming to your house at 9:00am on the 19th please DM me https://www.reddit.com/user/doronichev with your pre-order number, I’ll pick one person based on order received and how close you are to my house and drop by on my way to work, bring your order and we can even play your first game together! WDYT?”

During the AMA, Google also confirmed that Buddy Pass codes included with the Founder’s Edition, which allow a friend three months of Stadia Pro subscription, will not be sent for at least two weeks after you receive your kit. So if you hoped to jump into Destiny 2 with a friend on Stadia at launch – the only game initially included with the Stadia Pro subscription – you’ll have to wait a while to do so.

Initial reports had also indicated that Destiny 2 would not be cross-play compatible at launch, however, Doronichev told us otherwise.

“We encourage developers to to enable cross play from day one,” Doronichev says to PCGamesN. “And in fact titles that are landing with us, like Destiny in Pro lets you use cross play, and the cross saves lets you move your Guardian to Stadia. We are very much into enabling seamless, boundary-less world of gameplay no matter which platform you’re using. ”

All other games on the Stadia service will need to be purchased from the Stadia store at launch. More games are coming to the Pro subscription, Doronichev mentions.

Google has also confirmed it is in the final stages of releasing a new Pixel/Stadia controller accessory, which will allow your phone to float above the Stadia controller during gameplay. Currently the “Claw” is limited to Google’s Pixel lineup alone – this is also the only phone that will support Stadia at launch – and we’re still waiting for an exact release date over the next through weeks.

Similarly, the pair confirmed that Google Assistant features will be rolled out on a semi-regular cadence “in the upcoming weeks”. At launch, the Assistant button on the Stadia Controller will initially only be able to turn on your TV and launch a game on Stadia. However, over the course of the next few weeks, the team intends to rollout support for Assistant from the Chromecast home screen. Other devices will follow afterwards.

The Google Stadia release date is set for November 19 for those that pre-ordered the Founders Edition right off the bat. Further invites will be sent over the coming weeks. Everyone else will have to wait until the service goes public in early 2020.