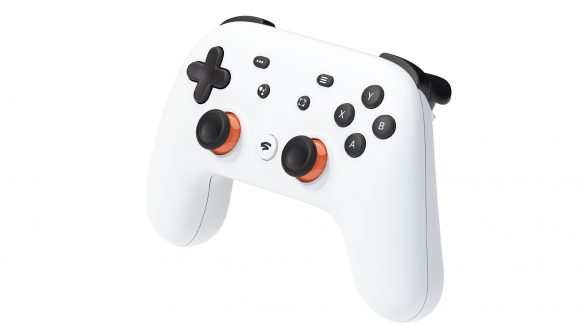 The Founders Edition has reportedly sold out in some EU countries (but not the UK just yet, you can still order one here), and Google is offering the Premiere Edition as an alternative to those of you still hoping to get in on its maiden streaming service launching this November.

For comparison, the Founders Edition comes with the limited edition Night Blue Stadia Controller, a Chromecast Ultra, three months of Stadia Pro, another three months for a friend, access to Destiny 2, a Founder’s “badge”, and the ability to choose a Stadia name before anyone else – so you’re not missing out a whole lot by opting for the slightly pared back Premiere package.

The Premiere Edition is currently listed for €129, while the Founders Edition is still available in the US for $129 and the UK for £119.

Whoa, those went fast! We are sold out of Founder's Edition in most of Europe. If you missed out, don't worry.

Stadia will launch in 14 countries in November, including the US, UK, and “most of” Europe. It will be available first to those with Stadia Pro subscriptions, but early next year there will be a free 1080p tier available for those of you hoping to give streaming a try before you buy.