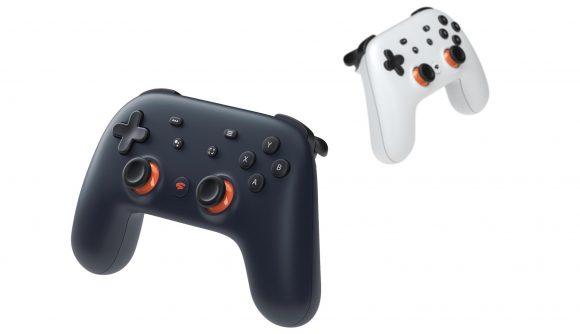 Google Stadia officially launches this week, and after all this time we’re finally going to see how this massive push for game streaming actually works in practice. The reviews have landed, and critics have reached a more or less unified verdict: Stadia’s streaming tech is fantastic, but Google’s service is frustratingly limited.

Many reviews are still listed as ‘in-progress,’ and hardware reviews often aren’t scored as games are, so you won’t find the usual aggregate scores on OpenCritic and Metacritic. But outlets like IGN have issued temporary scores – a 6/10 in this example – and offered in-depth thoughts on the service.

As Vice says, “the technology is there, but the service is not even close.” There’s a limited lineup of games, and multiplayer titles only connect Stadia players. GamesBeat says “you can only play Destiny 2 and Mortal Kombat with other people who own those games on Stadia. Destiny 2 has cross-save features,“ concluding that “right now, Google Stadia is a platform for nobody.“

On the tech side, things sound much better. Digital Foundry’s breakdown says “Stadia impresses with the best image quality and latency I’ve seen from a streaming platform,” but notes that it’s certainly not lag-free – and compression artifacts do occasionally rear their heads.

You can already check out some Stadia streaming alternatives if you want other was to run games without the expense of local hardware.