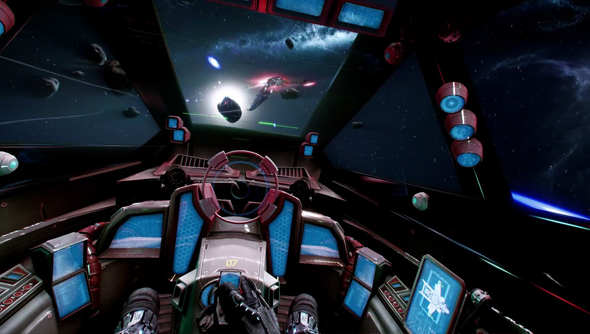 While all the talk recently of increased graphical detail being somehow a tool for increasing storytelling depth of late is complete balls that’s not to say that added pretties are something bad. This video ripped from the Star Citizen 24-hour live stream shows the level of detail being built into each ship of the game.

It may not make for a deeper storytelling experience but it’s mighty impressive and makes me worry my computer may not be up to the task.

The chairs swivel, for goodness’ sake. I can’t see the advantage to that small detail but I’m so glad it’s there. It’s that nugget I’ll blurt out while trying to tell people about Star Citizen at the pub – in between trying to explain how it’s shaping up to be the most exciting game in years.

At the moment the game inhabits that space where it sounds like it will be a universe inside your computer, one which has the potential to entertain us for years and constantly generate new stories. It’s going to be a massive task for Roberts Space Industries to fulfil that potential.

Hopefully soon we’ll be seeing something of the game in action. The recent trailer is just too polished to be believed.