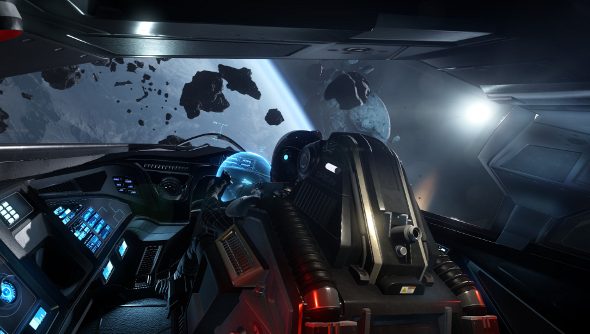 The vast amount of money raised, the new elements, delayed anticipated elements and what many consider to be a lack of transparency have given some backers pause. One of those backers is developer Derek Smart, who made his concerns known in several blog posts, the latest of which went up today, along with the promise that he’ll be taking an ad out in the New York Times. And his concerns, as well as the reactions to those concerns, have escalated considerably. Now it’s personal.

On July 6th, 3000AD’s Derek Smart wrote a blog post regarding Cloud Imperium’s Star Citizen. Smart was an early backer during the Kickstarter campaign, pledging $250 to the project. Writing on his blog, Smart advised backers to get in touch with the Federal Trade Commission (FTC), the US consumer protection agency, if they felt that they had been misled by the Kickstarter. 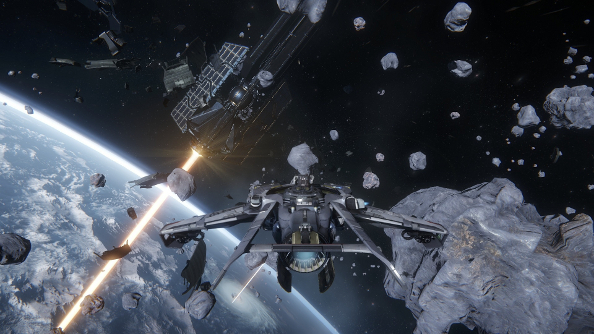 On July 13th, Roberts Space Industries (RSI), the subsidiary of Cloud Imperium developing Star Citizen, emailed Smart to inform him that his account had been cancelled and that his original pledge was being refunded. The email was curt, though RSI were within there rights to refund the pledge according to the Kickstarter ToS.

That might have been the end of it, but Smart doesn’t consider this a win. He doesn’t want a refund and it doesn’t change how he feels about RSI or Star Citizen. If anything, the way it’s all been handled has made him more frustrated.

“I never wanted a refund at all. It was never my intention.”

Smart still considers himself a backer, seeing as that his cheque from RSI has yet to arrive. And what he wants is for Chris Roberts and his team to be held accountable.

“What I really wanted was accountability, to know where my pledge went and what was going on with the product,” Smart told me over Skype this afternoon. It was the first time I’d spoken to Derek. He was friendly, relaxed. Perfectly amiable. Nothing like the firebrand I expected.“You must remember, I was one of the original backers. I was excited when this product went online, I was excited with Elite, you know. After a while I realised that things weren’t happening fast enough. The signs were all there that there was something very wrong.”

It was after the Star Marine module delay and after reading the blog posts from Roberts around that time that Smart started to get concerned. After speaking with friends who were involved in development, and some who had already left, “a really bad picture started forming,” he explained, “and it just went from there.”

“It was never about the money” 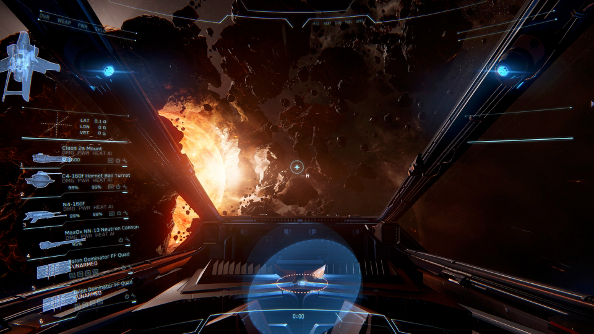 Given that RSI was not exactly in the habit of giving out refunds, when Smart received a notification from Kickstarter, he was “shocked”. He tweeted about it, and eventually other backers wanted to know if RSI was giving out refunds to any backers who wanted them. On the forums, a backer made a poll, and by the time it closed, around a quarter of the 1173 voters believed that a refund option should exist.

RSI’s Ben Lesnick eventually stepped in to explain the situation.

“We refunded Mr. Smart’s package because he was using Star Citizen as a platform to gain attention as part of a campaign to promote his ‘Line of Defense’ space game. Our ToS (or in this case the Kickstarter ToS) allows us to refund troubled users who we would rather not have interacting with the community.”

You can read the full forum post on a screenshot from Smart’s blog.

Things had taken a rather personal turn.

“I know who wrote it, I’ve already heard who was behind that post going up, and they’re going to pay, even if it doesn’t come from me,” said Smart when I brought up the forum post. “Everyone’s going to end up with full accountability. They made it personal, it’s not professional. It wasn’t coming from Chris [Roberts], it wasn’t coming from PR, it was just coming from this guy, in a forum, with direction from whoever he’s answering to, and I’m not going to name names, but I already know how it went up, and they’re all going to account for it.”

Smart believes that the poll scared RSI, and that the studio was not banking on any attention being given to him. He thinks there’s an element of fear driving some of the backers as well, a small percent of them that are now attacking him while defending RSI. 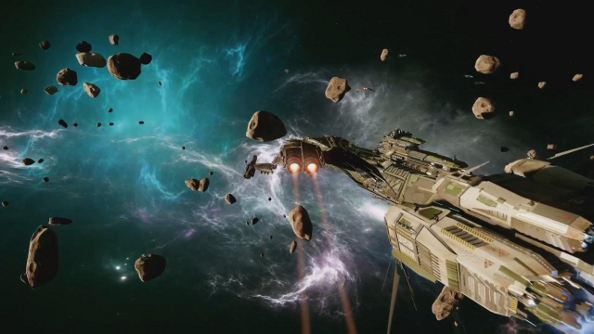 Smart continued blogging about Star Citizen with a third article, posted today, titled Interstellar Justice. Near the bottom, there’s a list. The items on the list could be characterised as demands or ultimatums, and almost certainly will be by Roberts and RSI. Smart sees them as options, however, and not demands. There are four items, and they start with Smart calling for Roberts to resign as CEO.

If that’s not dramatic enough, Smart also calls for RSI to refund every Kickstarter backer and give backers the opportunity to hire a forensic accountant and executive producer to perform an audit. Smart even offers to pay for this by putting $1 million in an escrow account.

The list ends with, “If you ignore this, the more time passes, the more articles that myself, and investigative media write, revealing what we know, the more likely it is that this will end in legal (someone suing someone, and opening the flood gates) action, thereby forcing you all to come to court and answer these questions.”

That’s where he thinks this is heading.

I asked Smart what, knowing that the list will be ignored, his goal with it was. It seemed almost like a piece of theatre, and by Smart’s own admission at the top of the blog post, “drama, flair, hyperbole, sarcasm, humor” are all part of how he writes and acts.

“Psychologically you should never put someone in a position where they feel like they have no choice, there’s no out,” Smart told me. “Human nature is to dig in… and when you dig in, and somebody has nowhere to go, and you leave them with no alternative, they’re going to do the dumbest thing imaginable. Specifically, how they did my refund. That’s the sort of thing that happens when people freak out.

“I wanted to give them options, because it’s easy to say ‘We screwed up, we should have known better, we’re going to walk away.’ It happens all the time.” 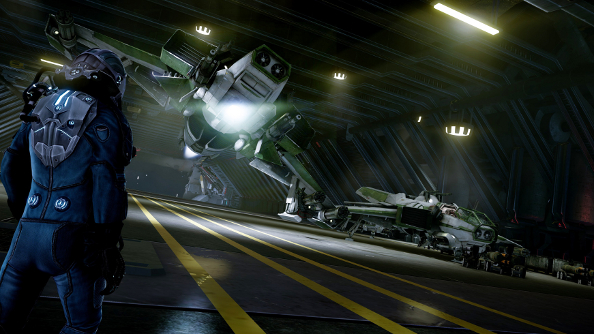 It sounded to me like the sort of things you’d expect dissatisfied investors or board members to say, rather than Kickstarter backers. I wondered if Smart saw himself and his fellow backers as Star Citizen’s investors.

“The thing that people have been forgetting about is the word I’ve been trying to push. It’s got nothing to do with what you’re vested in, in the broad sense of the word, it’s more about accountability. If you walk into a store and buy something, you have some expectation of satisfaction. If you order something online, you have an expectation of it being delivered to you.

“People who say ‘You’re crowdfunding, don’t expect anything,” they are right, in the sense that you shouldn’t expect anything to be delivered. The difference is, if you go to Amazon and you order something and it doesn’t show up, you have recourse. But when you crowdfund, the only recourse that you have are mostly individuals who, without accountability, can just walk away into the sunset scott free with your money.”

That’s where he sees the FTC playing an important role in protecting consumers’ rights, holding crowdfunders accountable. And he believes that backers do have a legal recourse and that the FTC will eventually come in and enforce changes.

“The FTC is aware of it,” Smart said. “My guess is, right now, they’re formulating a plan to address it. There’s no getting away from that. When you’re talking $85 million, a lot of irate people and all these newsbits and everything that’s going on, there’s no way they can avoid it. So what I think is happening is, even though they could continue pushing it forever, the FTC, once they get in there, they’re going to trump all that. It’s going to come to a screeching halt. I can almost guarantee it. So that was the purpose of me writing my first article saying somebody has to be accountable for this before it falls apart.” 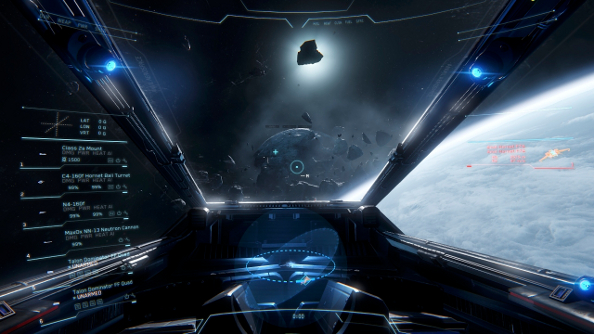 If the FTC does roll in, will it lead to a change in crowdfunding, bringing it more in line with other types of transactions? Smart doesn’t think so. He believes that crowdfunding will peter out in favour of alternatives like equity funding.

“Down the road, somebody going on Kickstarter and asking for a million dollars is less likely to get any traction than somebody who goes through the regular channels of equity funding with SEC regulations and asking for $5 million.”

As much as Smart’s blogs and RSI’s reaction have spurred on a lot of discussion about crowdfunding and game development, throughout it there’s been a vicious undercurrent. Punches have been thrown from behind keyboards, at both Chris Roberts (and RSI in general) and at Smart himself.

“I knew I’d get attacked, I knew that people would make it about me, because I’m a controversial figure. The thing people are missing is that I’m a controversial figure because I’m not afraid of asking or saying things that evoke thought. That’s what people are missing. A lot of people will hide behind PR, hide behind a keyboard, but people know who I am.

“I just want people to look at this at face value. Stop making it about me.”