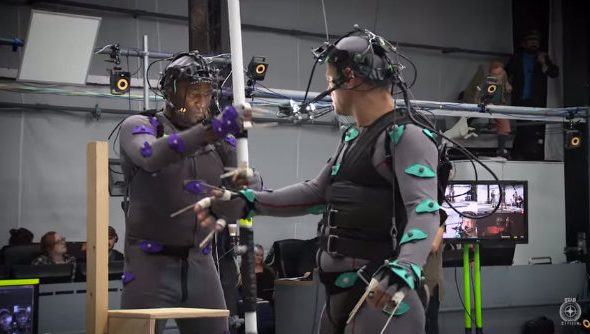 A new Star Citizen behind the scenes video has been released to show off some of the motion capture work going into creating the alien antagonists of the game’s single-player portion, Squadron 42.

Will Star Citizen be one of the best space games on PC?

The video shows Serkis and his co-star jumping around while wearing a crotch-hugging harness and pretending to be in the low gravity environment of the huge Vanduul ship.

We also get the first glimpse of the Vanduul’s native tongue, a guttural dialect developed by language creation experts. Serkis sounds brilliant in the one line we hear him shout – it’s a stark contrast from his usual friendly tones.

They’re going to release the language, too, so you’ll be able to understand what’s going on without subtitles if you put the effort in. I’m sure it’ll come in useful one day, honest.