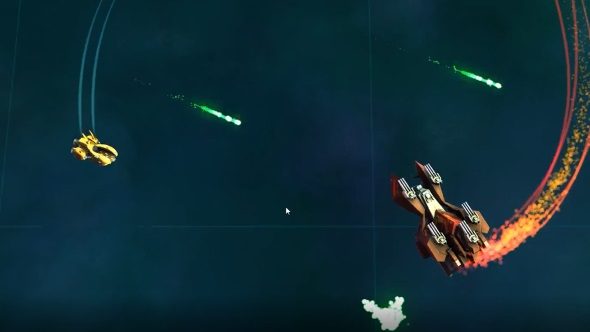 Development seems to be going well on Stardock’s classic franchise reboot Star Control: Origins, at least according to this forum post from Stardock CEO Brad Wardell. Not quite as perfectly as hoped, though. The bad news is that due to no plan ever surviving contact with reality, the game isn’t going to be ready in time for the 25th anniversary of the original Star Control’s release. Fortunately, they’ve got something lined up anyway.

Ever notice that space is really back in style? Here’s 15 great games for the wannabe Picard in your life.

While originally planned for a November 2017 launch, Stardock have opted instead of a partial release. Next month, they reckon they’ll be ready to at least put the space combat side of the game – the arena-style Super Melee – in players hands, assuming they’ve preordered through one of the Founders Program packs.

In the development update, they also showed off one of the new additions to the game: A full ship-building system in the vein of Galactic Civilizations 3. While my initial concerns with this were based around balance, I can’t help but recall that the original Star Control games were inherently unbalanced in fun and interesting ways, with some ships providing hard or soft counters to others.

The ship-building feature should be included in the Super Melee release, letting you use your custom craft against other players or the AI. One other highlight of the update is a first peek at the dialogue system, which is now fully animated and voice-synced. They also show off their now complete model for the commander of Star Control, who you’ll presumably be reporting back on Earth every now and then.

Over the next two weeks, they’ll be closing the Founders Program for the game and transitioning into a more traditional Beta buy-in, so if you still want to get in on the ground floor, now’s your time. You can read a bit more about Star Control: Origins in our earlier coverage here.