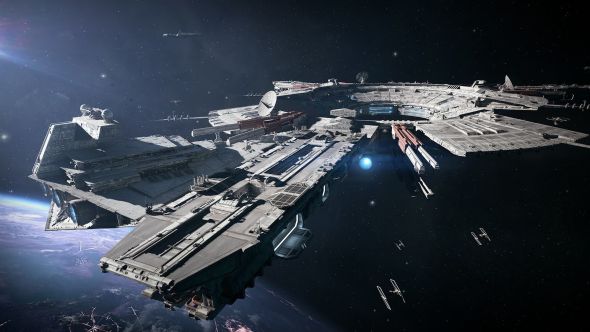 As promised, EA have shown off some more space gameplay for Battlefront II during their Gamescom livestream. The above video is taken from a stream of EA’s press conference – we’ll replace it with the offical trailer as soon as EA upload it.

Here’s the Battlefront II release date and everything else we know about it.

Star Wars Battlefront II is getting a new game mode. It’s called Starfighter Assault and will add long-awaited space battles to the franchise after they were left out of the reboot.

Starfighter Assault comes with class-based ships, including bombers and fighters, as well as hero vehicles, so expect to see the Millenium Falcon and Slave One, among others.

The new bombers will be good at taking objectives, while the more agile fighters will act as interceptors to protect the heavier ships. Hero ships come with auras or bonuses that make them especially useful to the team, such as auras to help friendly units.