Star Wars Battlefront II puts a big, goofy grin on my face. Charging my opponents as General Grievous, lightsabers searing into the walls as clone troopers run for their lives, never gets old. When that classic John Williams music crescendos as I blow up an enemy AT-ST in my X-Wing, I’m taken back to when I was a child playing with action figures. It’s this unabashed love and glee that’s woven throughout every aspect of DICE’s multiplayer-focused action game.

And yet, like the Death Star looming over Alderaan, Battlefront II has struggled to escape the negative stigma it earned at launch. Arriving in late 2017, Battlefront II was met with a rough reception from just about everyone. In fact, at the time of writing, Battlefront II sits on Metacritic with a miserly user score of just 1.1, and a critic score of 65. Yeesh.

Much of this was due to the horrendous loot boxes that made any sense of progression grind to a halt. Star Cards – Battlefront II’s version of perks – could originally be earned through loot boxes, encouraging a pay-to-win mentality in players. This allowed those with deep pockets and a bit of luck to obtain an edge in combat. With four rarity levels, players who managed to snag higher tier Star Cards possessed a significant advantage over their opponents. These passive buffs included everything from recovering health to increasing the blast radius of grenades.

In fact, Battlefront II’s loot boxes became so infamous that major news outlets like CNN began picking up the story. It got worse when the Belgium government weighed in on whether loot boxes should be considered gambling or not. Even the game’s iconic heroes and villains were locked behind a wall of credits. Characters such as Darth Vader used to cost an astronomical amount of in-game currency. DICE originally defended this decision, leading to the most downvoted comment on Reddit. 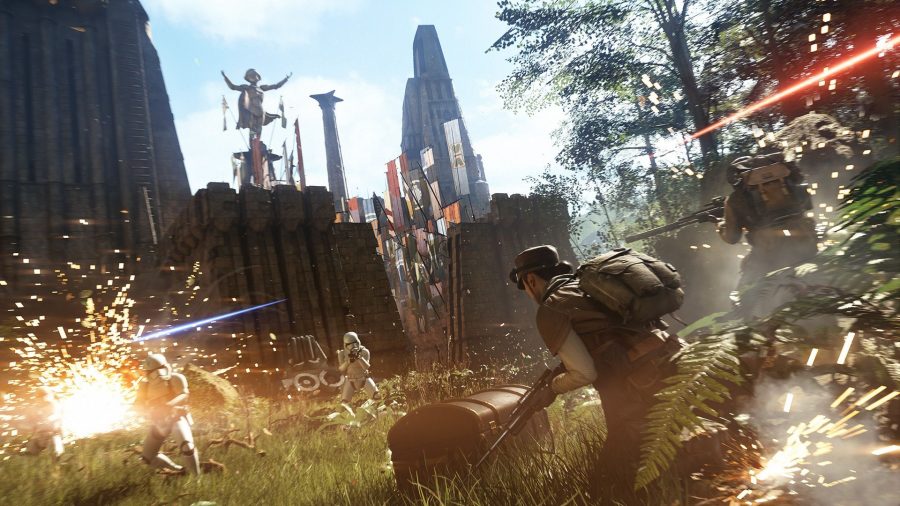 For most games, this would be a death sentence – a stain that never washes out which kills any sense of community before it even begins. However, DICE spent the following two years not only bringing Battlefront II back from the brink, but improving upon it every conceivable way.

Battlefront II now simply rewards you for playing how you want

Earning Star Cards now ties in directly to how much you use a specific class. Every level gives you a skill point to either purchase new perks or upgrade existing ones. Which leaves loot boxes to reward either in-game credits or certain faction-focused skins.

Every single hero and villain in the game is available, completely free of charge, as it should have always been. Weapons and modifications unlock by ranking up classes, so Battlefront II now simply rewards you for playing how you want. Even though some of the different heroes and roles are constantly being rebalanced, the moment-to-moment gameplay is highly engaging: blasters feel good to use, the maps are balanced well, and vehicles are responsive – especially if you partake in space dogfights. 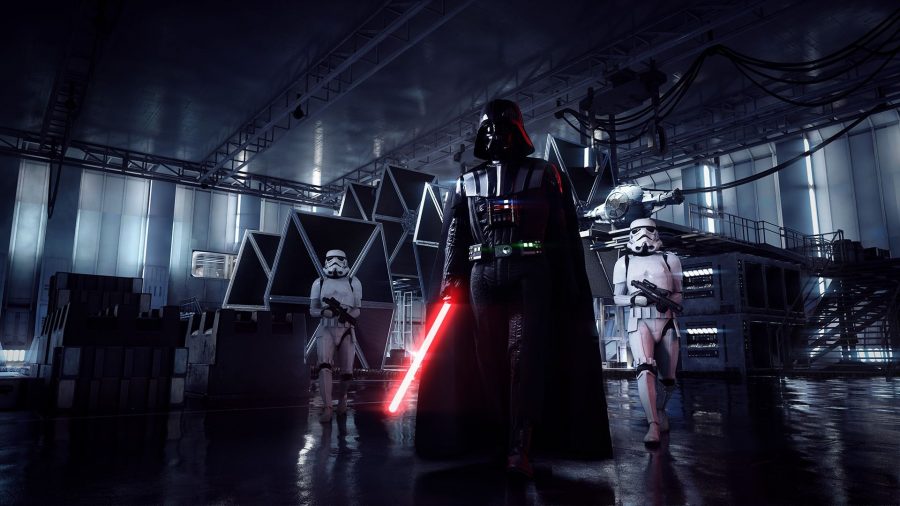 DICE has done a fantastic job with DLC, too, introducing a variety of different maps, modes, characters, and cosmetics into Battlefront II. Recently, the highly requested Clone Wars finally got some love. Announced via a trailer, which features the voice work of Star Wars: The Clone Wars narrator Tom Kane, Capital Supremacy brought the fight to Geonosis.

This mode revolves around two teams of 32 – of which 12 are AI combatants – battling it out on the ground over five control points. Whichever team wins then gets to invade the enemy’s ship in an attempt to arm bombs that’ll destroy it. If a team fails to bring down a ship then everyone goes back to the ground to try again.

Use the force: Play through the best Star Wars games on PC

Battlefront has always been about simulating iconic, larger-than-life battles. Capital Supremacy captures this mentality perfectly, distilling it into entertaining, lengthy matches that evolve drastically over time. Plus, DICE just added a second map for this mode, the Wookie homeworld Kashyyyk.

Battlefront II now offers a meaningful progression system backed by superb, tight gameplay. Despite some small lingering issues, this current iteration feels like a completely new game when compared to the launch version.

While this doesn’t erase the problems of the past, those itching to jump into the world of Star Wars should consider giving this game another chance. It may have taken two years, but Battlefront II has finally found its footing. Now, if you’ll excuse me I need to go disintegrate some Rebel scum.