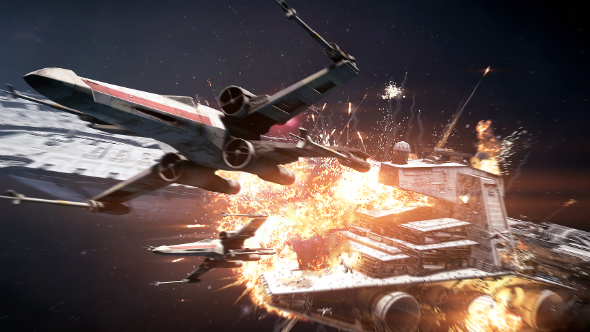 Star Wars Battlefront II has a progression problem. In its current state, it takes far too long to get anywhere in its multiplayer, thanks to it being built around encouraging players to skip the legwork with microtransactions.

This is a real issue, but one that is unfortunately being derailed by people failing to be civil about the whole thing. Battlefront II developers, and even its QA staff, are getting death threats over it. Not only is this a horrendous overreaction, nobody really knows where the blame for the decision to implement Battlefront II’s progression system should be pointed.

The safest bet would be EA, given that they published Battlefront II and the recently released Need for Speed Payback, and both are riddled with microtransactions. But nobody except for key members at EA and DICE know for sure. Still, even if it was known who is responsible, no amount of anger makes death threats acceptable.

With that out of the way, let’s have a sensible discussion about the problems with Battlefront II’s progression system. 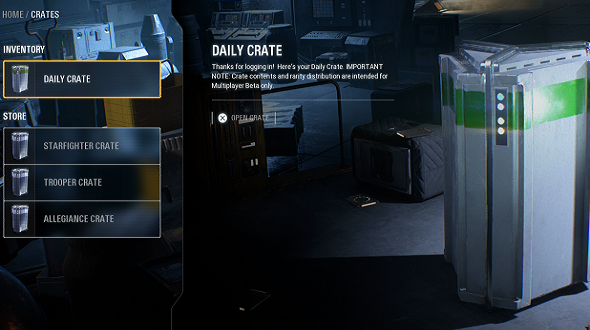 Upon finishing the Battlefront II campaign for review I was rewarded with 20,000 in-game credits. These can be used to purchase loot boxes (some of which are known as Trooper Crates) or locked heroes – the former contain Star Cards while the latter let you play as powerful Star Wars icons if you accrue enough points in a single match. Star Cards are essential to progression. Heroes are not. Star Cards can contain anything from emotes for a specific class to a more powerful variant of grenade. You need to open Trooper Crates to earn Star Cards – or you can craft them with a resource called crafting components which, you guessed it, can also be earned via Trooper Crates – and the abilities they grant can be equipped by your characters to make them stronger.

Originally, the controversy on the internet was concerned with the cost of unlocking heroes. To unlock Darth Vader – the most expensive hero, along with Luke Skywalker – it cost 80,000 credits, which would take around 40 hours of play time to earn. You cannot purchase heroes with real money but you can purchase Trooper Crates with it. As with crafting components, Trooper Crates sometimes contain bundles of credits, which can be used to unlock heroes. In a roundabout way, then, you can purchase heroes with real money, if you buy enough Trooper Crates.

Since the outcry over the time investment to unlock the most expensive heroes, EA have reduced their cost by 75%. Before this, when I finished the campaign, it cost 20,000 credits to unlock Iden Versio, the single-player’s protagonist, for use in multiplayer. It is now 5,000. However, your rewards from completing the campaign have now also been reduced to 5,000 – not the 20,000 I bagged, seemingly to offset the new hero cost. 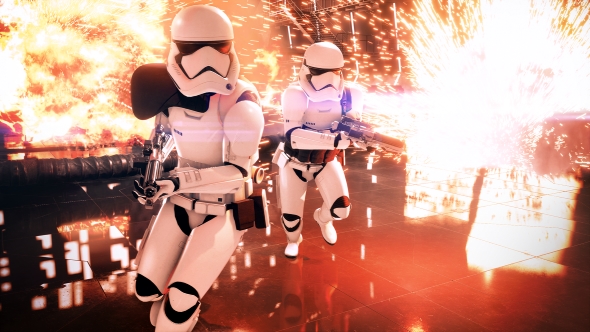 This seems reasonable until you put it into perspective. When I finished the campaign, I didn’t unlock Iden because there is no gameplay advantage to doing so. Instead, I netted myself five Trooper Crates with the 20,000 I had earned. You can now only get one Trooper Crate as they cost 4,000 each. You would have to play around 66 games to earn enough to get the same rewards I did. That means you get far fewer rewards for completing the campaign now.

On top of that, EA have also since introduced a cooldown on credits earned in the single-player Arcade mode. Once you reach a certain threshold there, you are locked out of earning credits in Arcade mode until a set amount of time has passed, just like in a free-to-play mobile game.

It is not just credits you will need to progress, however. Once you have Star Cards, you can make them even more powerful with those aforementioned crafting components which, as I said, you can get from Trooper Crates. To stop people getting too far ahead by spending the contents of their bank account, these upgrades are gated by your player level. Still, someone at the same level as you who has spent real money will undoubtedly have more powerful abilities, since they will have more Star Cards as well as the most powerful variants of them. 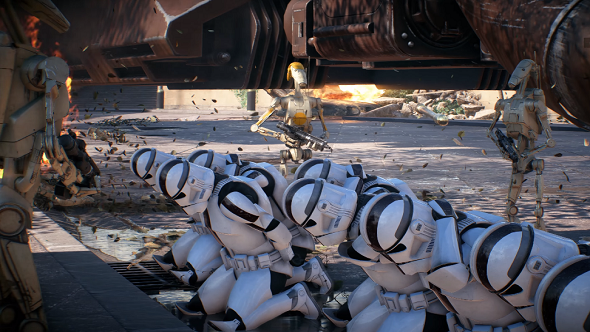 Since launch, players have been working out how long it would take to earn everything in the game without spending any money. It works out to around 4,528 hours of game time. That is six entire months inside the game. Of course, you could skip that time investment and spend the approximately $2,000 required to open enough Trooper Crates to bag all the unlocks.

If it sounds convoluted and messy, well, that is because it is. In fact, it is probably the worst progression system I have seen in a triple-A game. These numbers must have been crunched at EA, which means someone – likely lots of people – looked at that time investment required of players and decided that number was fine. As the latest Need for Speed game launched with a similar progression system, one tied to monetisation, it seems likely that this is a company-wide financial strategy over at EA.

The cynic in me believes the strategy here is tied to EA’s subscription service Origin Access and its console counterpart EA Access. EA’s games are showing up in their respective vaults, playable to anyone who has paid for a subscription, earlier and earlier these days – Mirror’s Edge Catalyst was in the vault six months after its launch, for example. These monetisation efforts seem like an attempt by EA to give their games a longer tail when it comes to earnings. It gives them a second bump once the initial interest dies off, as they end up being played by millions of new customers via those vaults, each a potential new customer for in-game microtransactions.

(Just after publishing this article, EA admitted as much). 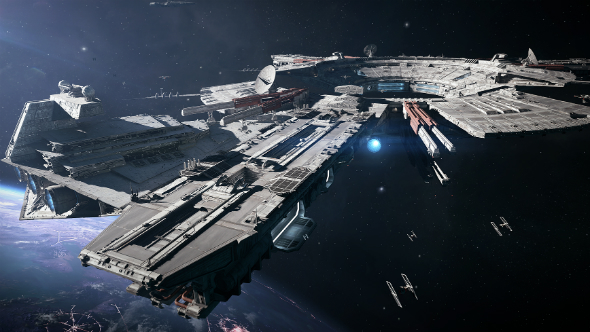 My belief comes from the fact that more and more studios have been heading towards a model fueled by microtransactions and so-called ‘service games’. Even Take-Two have gone on record to say that all of their future games will feature in-game payments, likely in response to the runaway success of GTA Online. Of course, I am only speculating, and EA alone know the reasons for the implementation of these intrusive systems.

Whatever the reason for this emerging trend in online game progression, it is a shame. Without all of this, Battlefront II would be a game I would happily recommend to fans of shooters and Star Wars. In its current state, however, it feels like a slot machine with a gorgeous and exciting first-person shooter attached.