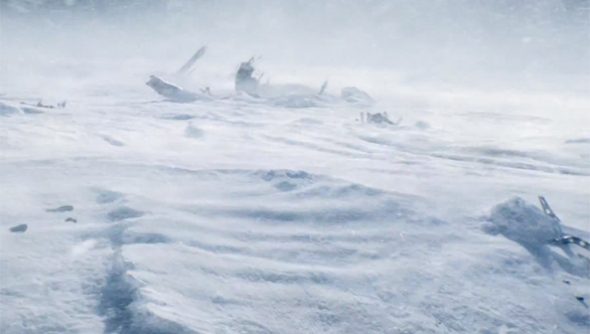 One of the surprise announcements coming out of E3 was that DICE was working on a new Battlefront game, continuing a series that had all but died as a large scale multiplayer FPS in 2005 with the excellent Battlefront II. All we were given by DICE was a trailer that mostly featured snow and the large foot of an AT-AT. There was barely any information, and certainly no release date.

But now, coming out of a stockholder’s meeting, IGN reports that EA’s CFO Blake Jorgensen has said that the next installment in the Battlefront series will “most likely come out around the same time that the Star Wars movies start to come out, probably in the summer of ’15.”

It makes sense to hitch the game to the undoubtedly huge coat-tails of the newest Star Wars film, although 2015 does seem like an awfully long way away. That said, it will coincide with the ten year anniversary of Battlefront II’s release, which is poetic if nothing else.

Knowing that Battlefront will be made using DICE’s now ubiquitous Frostbite Engine, the idea of all that desctruction and vehicular devastation set among the epic conflicts of the Star Wars world is more than a little inticing. The idea that we might be able to fight within the monolithic structure of an AT-AT, or within the halls of a Star Destroyer while the battle rages outside is one of those far-off-fantasies that you can’t help but daydream about as a child.

Here’s hoping we find out more sooner rather than later.