For almost two years in the early ‘00s, on any given night – even those when I should’ve probably been revising for my GCSEs – you could reliably find me in Jedi Knight II: Jedi Outcast’s multiplayer mode.

Wearing my Kir Kanos skin mod and playing Jimmy Eat World’s Bleed American on loop, maybe I’d be carving up fools with a lightsaber on Bespin, or sniping above the streets of Nar Shaddaa from the alcove with the super shield. A favourite trick was to snatch the flag on Nar Shaddaa CTF and aid my escape with the ludicrous speed boost I learned you could get by jumping only on inclined planes.

I once found a modded server that replicated Unreal Tournament’s famous Instagib mode with the disruptor rifle, and returned every evening for weeks. I remember founding a clan with my friends (the Anubis Warriors, since you ask – our officer titles were inspired by Egyptian mythology), and briefing curious Americans on the 2003 David Kelly scandal or debating Red Hot Chilli Peppers’ Californication via text chat.

This shamelessly nostalgic anecdote soup is intended only to make one point: I played this game a lot. It’s probably still the most fun I’ve ever had in a multiplayer game, though Half-Life Deathmatch and its mods, including Counter-Strike 1.4 to 1.6, come close. It was the kind of engagement that modern game designers are desperate to generate, and it didn’t take a battle pass, leveling up, or any other kind of progression system to do so. 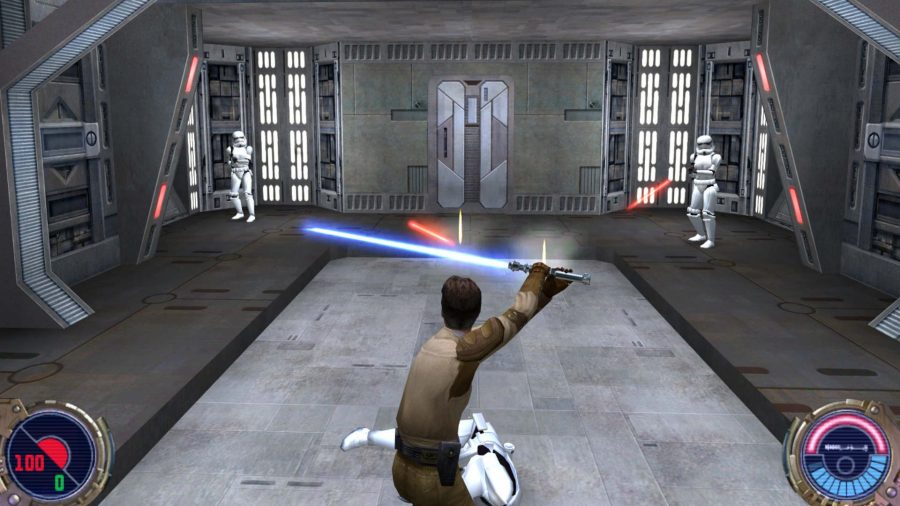 Given this setup, you might think I’m about to ask why progression systems exist, but no. I get it; they’re undeniably engaging, and they work on me every bit as much as anyone else – in my case, Destiny is the manipulative psychological puppetmaster of choice. Rather, I wonder if we can ever go back. Does every game need a progression system now?

Loot is the primary incentive for doing pretty much any activity in Destiny, not the enjoyment of the activity itself

I really liked Artifact, but its lack of long-term goals was, along with – let’s go with ‘audacious’ for this week’s quasi-patronising euphemism – an audacious monetisation strategy, one of the two main criticisms it drew at launch. These failings, far more than any in its core design, are commonly supposed to be at the root of its current hibernation while Valve has a fundamental rethink of it. Yes, matches took a while, but I found them to be brilliantly designed, enjoyable, and arresting throughout. Like a good game of Jedi Knight II.

By contrast, let’s take Destiny. Even the most dedicated of its community wouldn’t deny that, at various points in its life, it really hasn’t been all that fun. The first years of both Destiny games were marred by mistakes, like the first Destiny’s nonsensical story, repetitive mission design, and inert (if beautiful) environments, or Destiny 2’s ill-advised rethink of weapon slots, periodically greedy monetisation, and PvP pacing. Balance and boring, unintelligent, bullet sponge enemies are still problems. In my thousands of hours across both games I’ve experienced the Destiny series at its best and worst, and in the latter moments, I’ve wondered why I bother. 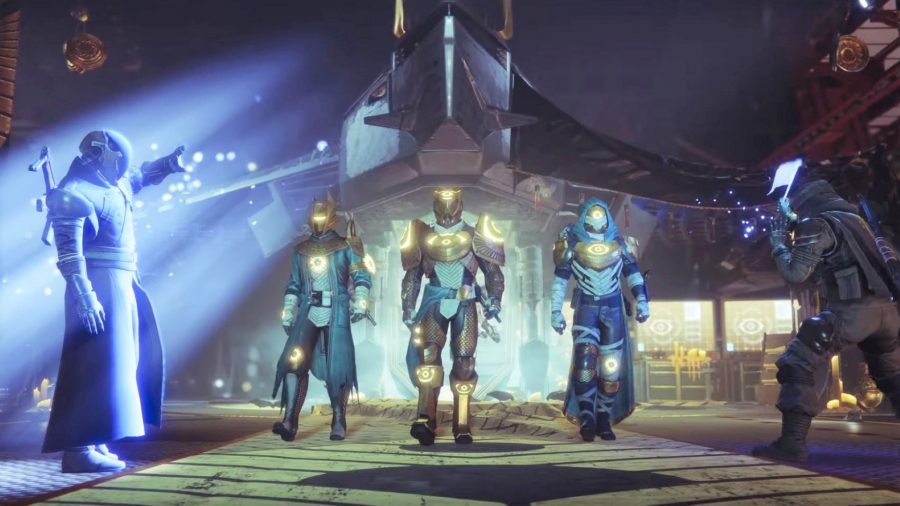 The answer comes instantly and with a painful stab of self-loathing: because I want the thing. Destiny is a Machiavellian machine of things to chase that appeal to different values: I want player titles, the raid emblems, and now the returning Trials armour for social proof (read: showing off) in the Tower. I grinded Dragon Strikes for probably dozens of hours to get a god-rolled Hopscotch Pilgrim to dominate in PvP. I’ve laboured over dozens of quests comprised of soul-sapping busywork like ‘get 50 sniper kills in PvP’, each step justified by a narrative veneer so thin it could crawl under a garage door, to get whatever Exotic weapon rules the PvE meta (e.g. Izanagi’s Burden, Sleeper Simulant, and many, many, so many more).

Loot is the primary incentive for doing pretty much any activity, rather than the enjoyment of the activity itself. And, on top of this, Collections, Triumphs, and now the battle pass and seasonal Artifact all offer a cascade of dopamine hits to reward you simply for playing. It’s impossible to shoot one of those stupid, easy enemies without a pat on the back or without taking a step toward several overlapping goals.

You may say that such progression systems are baked into Destiny’s design as a loot shooter service game so it’s wrong to complain about them. This is fair – though I’m sure players would rather they reinforce a game that’s actually fun to play rather than supplant gameplay as their motivation, as they do whenever Destiny is going through one of its bad patches – but you can’t deny the creep of such systems into other genres where they make less sense.

I maintain the lukewarm response to Doom 2016’s classic deathmatch multiplayer was partly because many weapons were locked behind a Call of Duty-style profile leveling system rather than being placed in the map. Doom Eternal will once again take cues from vogueish progression systems: it will have cosmetic unlocks, such as poses and profile icons, tied to a profile leveling system.

Loot drops, battle passes, and other progression systems should not become our reason for playing

It’s important to note that this isn’t a question of monetisation. Most of the progression systems in Destiny 2 apply to free players, and Bungie has just removed the game’s paid loot boxes – it will be monetised through direct microtransactions, its à la carte season model, and any future expansions. Id software has promised Doom Eternal will have DLC, but no microtransactions at all – its unlocks are only gained by playing. They’re there purely to bolster the core activity.

You may say that modern designers would be foolish to leave such tools on the table, and that games like Jedi Knight II or even the original Doom would’ve taken full advantage of them had they existed in the less polished, professional industry of yesteryear. But therein lies my point: well-designed multiplayer games never needed such help in the past. 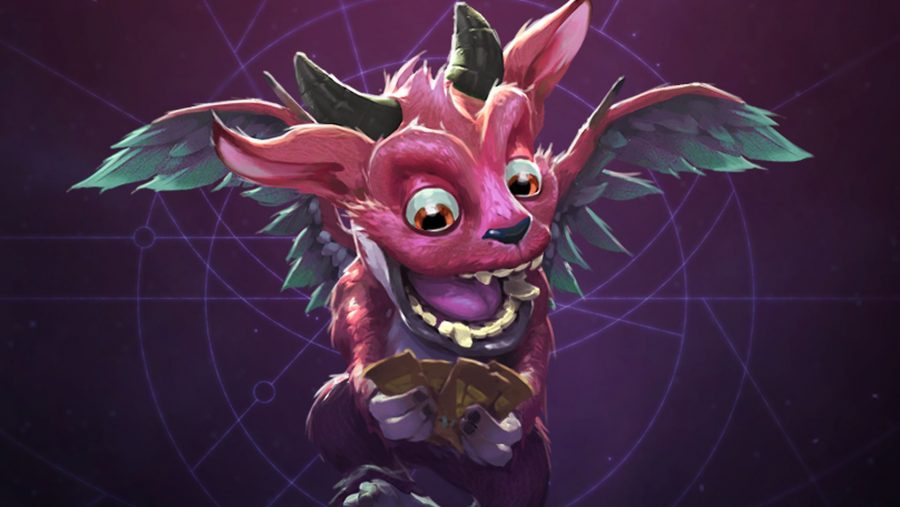 What does that, and Artifact’s perceived failure for omitting such systems, say about players’ changing motivation over the years? We’re all increasingly busy as our lives, careers, and – hell – social media accounts demand more and more of us. It’s little wonder that our need to feel like we have made progress toward some lofty goal, to have achieved something with every precious minute of our time, has been exacerbated.

But as they become more sophisticated and ubiquitous – thanks to their power to retain players and its allure to developers in all genres – there’s a risk that the systems which sell us the illusion of such achievements will crowd out any other reason to sit down at our PCs and fire up a game. If we forget the simple pleasure of play – of the intrinsic value in an experience for its own sake – then we risk eroding what makes games special in the first place.