Star Wars: Squadrons, eh? Ian Boudreau loved it in our review. I loved it in my review, which is here: it’s well good. Nostalgic, but fresh. The ships handle beautifully in that special Star Wars way: feeling simultaneously like creaky, archaic relics of some ancient civilisation and impossibly futuristic and slick. Sometimes, before you start a match, a Mon Calamari projects into your cockpit and says “May the force be with you!” and you’re all like, I know that line – that’s a line from the Star War!

There’s also a wonderful asynchronicity to the matches. X-Wing: the miniatures game taught me that one X-Wing is worth roughly two TIE Fighters. In the films, you usually see TIEs in swarms hunting down one or two ace rebel pilots. Squadrons can’t really do this, so it’s added a level of manoeuvrability and hull integrity to TIEs that make them a decent one-on-one match for an X-Wing, while still making them feel distinct enough to pilot.

It’s a deep, extremely well-designed game. So much so that it feels silly to ask for more content at this early stage, especially something so potentially balance-altering as a whole new set of ships. Almost ridiculous, you might say, to even begin to speculate.

However, this is the internet, and this is a Star Wars product. Long, entitled lists of demands are what we do here. Here are eight ships that absolutely need to be in Squadrons or I’ll make a seven-hour YouTube video complaining about how the cloud formation in the Yavin map ruined the original trilogy, and also my marriage. 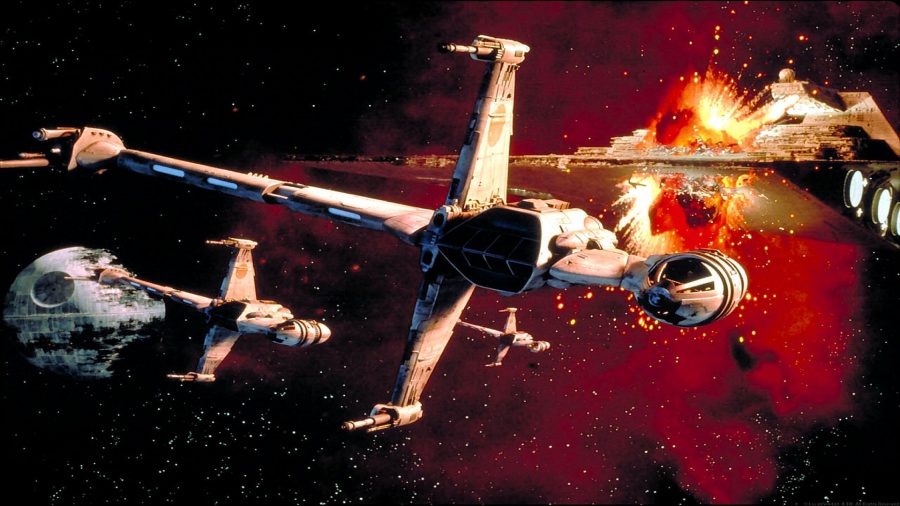 Somewhere between a bomber and a mobile weapons platform, the B-Wing is the ungainly also-ran of the Rebel fleet. It doesn’t really make sense, but it does look cool from at least five of the eight angles you can look at it from and see a completely different ship. Fun fact: The cockpit rotates so that however the ship is angled, the pilot is always upright. Neato.

The current heaviest ship in Squadrons’ rebel line-up is the Y-Wing, which is a powerful but clunky bomber, so the B-Wing could find a place in the middle ground between that and the reliable X-Wing. It doesn’t look like a letter ‘B’, sure, but the Death Star doesn’t look like a star, so whatever. 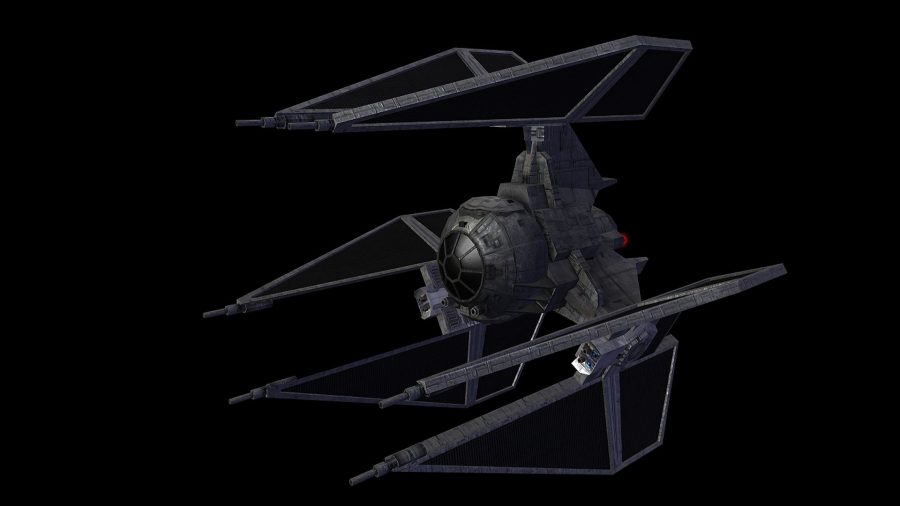 “But sir, I can’t… the hull, it can’t take anymo…” The engineer stammered back.

“More. Wings.” repeated the Admiral, with menacing sternness, and then started doing that throat-choking motion with his hands even though he had no Force powers. Nevertheless, the engineer trembled with fear, and added several more wings to the already over-complicated monstrosity.

“Perfect!” said the Admiral. “I will call it the ‘X-Wing’, due to the totally X-cellent number of wings it has.”

The engineer sighed, waited for the Admiral to leave, wrote ‘TIE Defender’ down on his clipboard, then went and cried in the toilet for four hours.

The TIE Defender (the one above is from this Star Wars: Empire at War mod) is a hardier, shielded version of the basic fighter, and I would like one in Squadrons.

Another entry from the Sesame Street school of Rebel ship naming conventions, the E-Wing is a sleeker, nippier X-Wing. Originally designed to supersede the X, these New Republic-designed ships were held back by several manufacturing problems. The idea of having an inarguably top-tier ship that outperforms everything when it’s working correctly but has a high risk factor of just conking out mid flight is a great one, though. 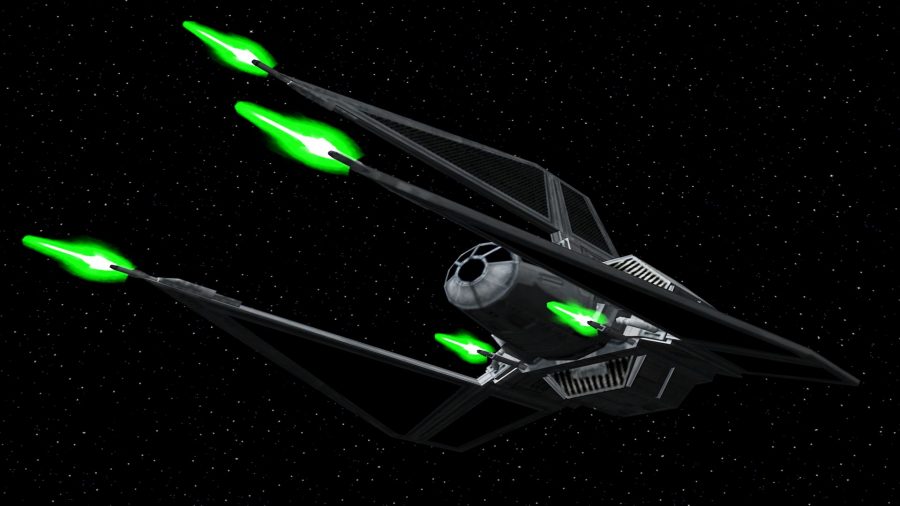 There’s already some Star Wars: Squadrons loadouts that focus on stealth by using radar jammers and such, but no actual dedicated stealth ships, and that’s where the TIE Phantom comes in. I’m reliably informed that they were created for Rebel Assault II – a ’90s classic that took the Star Wars starfighter experience and put it on rails – but my personal experience with the Phantom begins and ends at how hilarious (for you) and annoying (for your opponent) they were to use in the miniatures game, and I can see them being just as fun in Squadrons.

More: The best flying and plane games on PC

This does raise the issue of how to counter them, though. A massive drop in hull integrity is likely a good place to start, making them the ultimate glass cannon. Support ships, too, could see a boost in usefulness with more sensor gear, making at least one in every squadron a must. 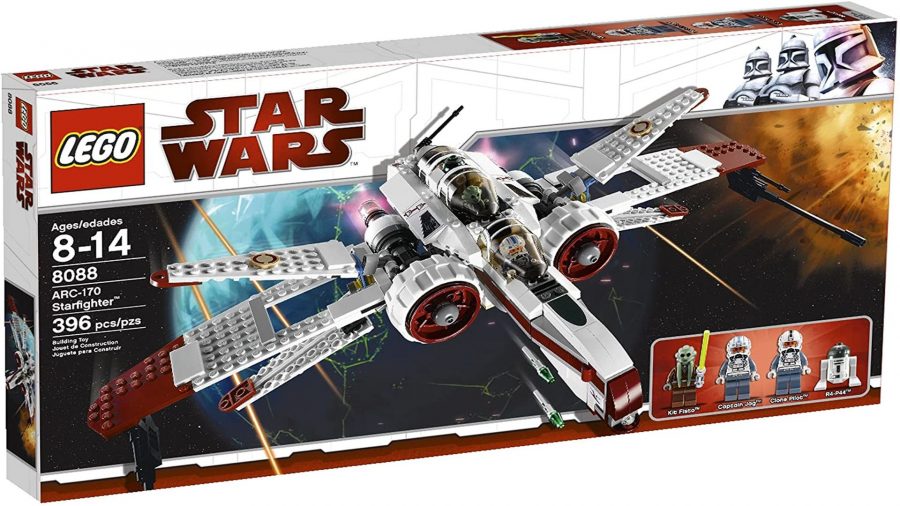 Somewhere between a spitfire and an angry dragonfly, the ARC-170 is one of the more retro Star Wars designs, even featuring a tail gunner. I’ve included it here because I love the idea of Squadrons eventually including a bigger tier of starfighter, manned by multiple players. “Scratch one!” you could shout to your co-pilot, grinning with bravado. “I know, HUD told me,” they’d reply drily, probably just exhausted from all the great banter. “Scratch one!” you’d gleefully shout again. Then they’d mute you. Ah, top patter.

I’m cheating a bit here, because this one is actually a Mandalorian ship. It’s a cool ship nonetheless, and its inclusion in Squadrons would open the doors for a potential third faction. Much like the miniatures game has ‘Scum and Villainy’ for all the odd and inventive bounty hunter and Legends ships that don’t fit on either the Rebel or Empire teams, a ‘Bounty Hunters’ Squadrons faction would give the devs a chance to run wild with ship balancing and abilities. They could even invent a few ships outside of canon, which I’m pretty sure most real Star Wars fans don’t care about anyway. 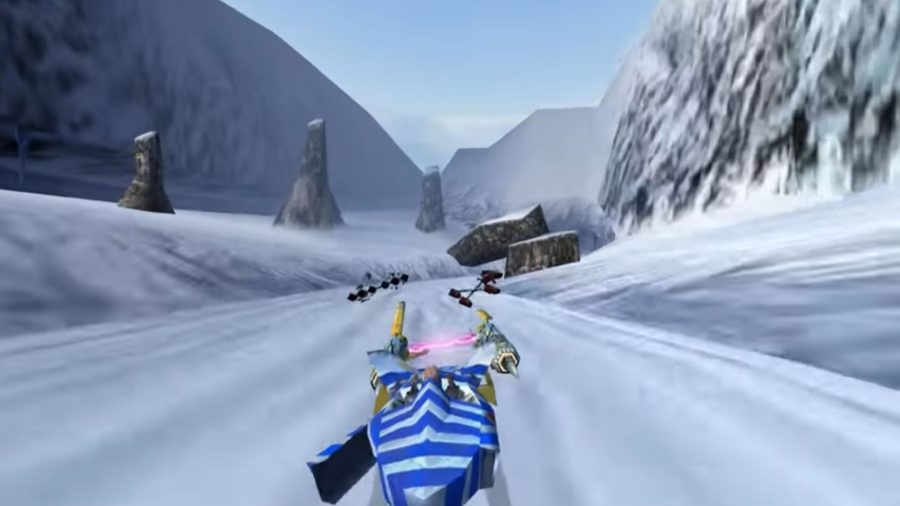 Originally invented by the classic videogame Star Wars Episode I: Racer, these incredible designs were rejected by Lucasfilm for being “too rad for the mainline Star Wars franchise”. Time to bring them back, I say. 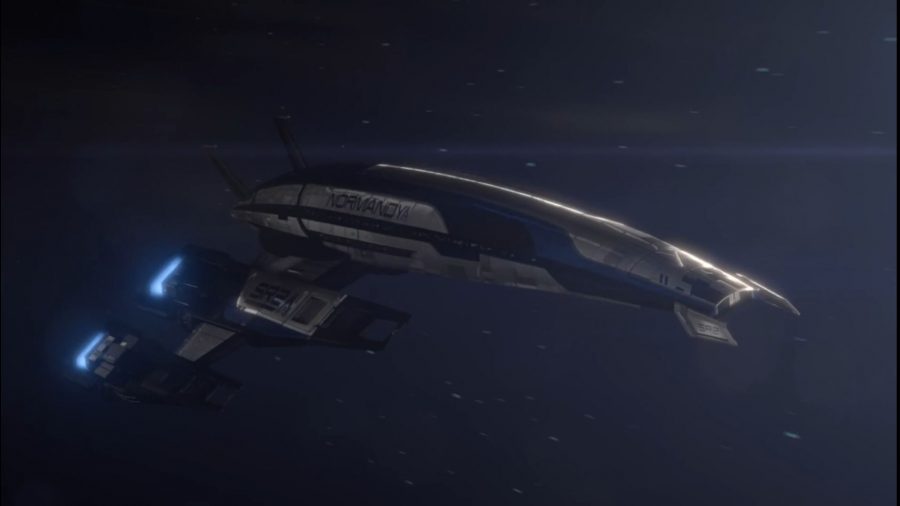 Mass Effect is technically the sequel to KOTOR 2, so it’s basically canon.