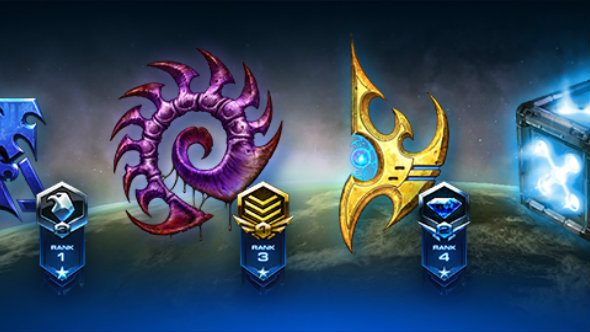 Update October 18, 2016: StarCraft II’s patch is out now, letting hardcore players try their luck as multiple races in the leagues without affecting their MMR ranking.

You can check out the preview video above, but Blizzard have also released the patch notes in full. Head over to Battle.net to check them out.

Play as even more different races in our list of the best strategy games.

Update October 4, 2016:Blizzard have released a preview video for everything coming in StarCraft II patch 3.7.

With patch 3.7 just around the corner, Blizzard have released a full preview. You can see it above.

This patch is something of a wishlist response to things people have been asking for since the game first came out over five years ago. The idea of seperate MMR per race has been floated for as long as people have been playing ladder, while purchasable voice overs were a popular early microtransaction suggestion.

This will likely be one of the final patches before the release of the third (and final) Covert Mission Pack as far as single-player goes, plus the big end-of-year patch before the season begins in 2017.

Original story October 30, 2016:Have you ever wanted to take place in the StarCraft 2 leagues with multiple races, without affecting the ranking or MMR of your main? Patch 3.7 is focused on letting you do exactly that.

Blizzard explain how it works here: “When you first login after Patch 3.7 is applied, there will be a new season for which you will need to play five placement matches before being placed for any given race, even if you placed into the ladder with that race during the previous season. This will ensure that players who played as multiple races prior to this patch can receive accurate rankings for each individual race.

“As you complete your placement matches, you’ll receive a ranking for each of the race options. This rank is completely unaffected by any games you play as another race option, including ‘Random’. We’ve opted to give the Random race option it’s very own ranking as well, since people can identify with being “a random player” and we wanted to preserve the meaning and value behind choosing this race option.”

MMR for these new races will be set at the same level as your main, though this will drastically change over the course of your matches.

At the end of the season, season rewards will be granted according to the highest rank you achieve across all race options. These rewards will be displayed in your profile the same as they currently are and MMR will be reset for each race if they skip five seasons, just as it was for your main.

Check out Battle.net for the full details.