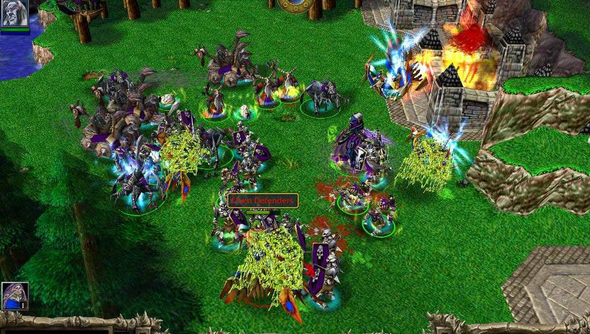 Last month Blizzard released all the assets used to make Warcraft 3 to the Starcraft 2 community. Fans have been hard at work turning the assets into new mods but one modder, Renee, has recreated Warcraft 3’s multiplayer.

Currently, the only map available is Lost Temple but that should expand as more modders get involved.

“Technically, this game is featuring a mod that ‘Renee’ created to allow other developers to implement Warcraft III mechanics,” Blizzard explain. “But that doesn’t stop it from being a fantastic remake of the Warcraft III multiplayer experience.”

Hopefully this is just the first stage in a concerted effort to bring all of Warcraft 3 into Starcraft 2’s more modern engine.

You can play Lost Temple by following this link to Starcraft’s arcade.