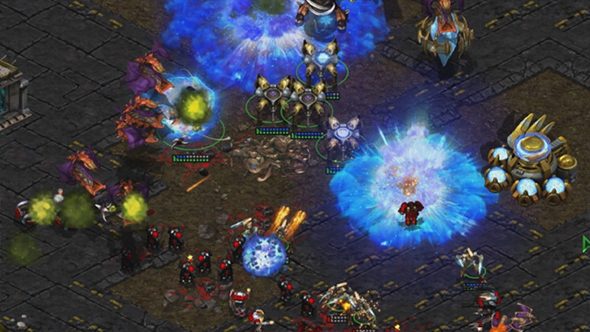 Blizzard is launching another in-house esports league, this time built around the title that brought competitive gaming to the fore. Korea StarCraft League launches this month, open to all StarCraft: Remastered players – provided, of course, you can make it to Seoul for the later stages of the competition.

Registration for the league is now open, with online qualifiers set to begin on June 28. The top 256 players can move on to the offline qualifiers in Seoul, South Korea on July 1, which will whittle competition down to the top 16. Those players will compete in a double elimination bracket, until the final eight meet in a single elimination playoff culminating in finals on September 8.

You don’t want to miss any of the best strategy games on PC.

This first KSL season will feature a prize pool of 80,000,000 KRW – or roughly $75,000 USD – with the winner taking home $30 million. Starting with the top 16, all the action will be broadcast live on Blizzard’s Twitch channel in both Korean and English, and a second season is already scheduled with a similar format and prize pool. You can check out further details at the official website.

Along with the launch of KSL, there are some big changes coming for StarCraft: Remastered. A new ranking system similar to StarCraft II’s will be in place after patch 1.22.0, which will have you completing placement matches to earn your online rank. There’s also going to be a new seasons tab allowing you to keep track of your match history and detailed statistics broken down across maps and races.

Esports competition in StarCraft – particularly the original game with its Brood War expansion – has scarcely slowed down over the years, but the KSL is notable as the first official Blizzard-owned and operated league for the game, perhaps in an effort to follow up the success of Overwatch League in another format. Blizzard actually announced a new esports competition for SCR earlier this year, and it seems KSL is the ultimate result of those efforts – perhaps we can expect other titles in the Blizzard milieu to follow suit in the future.