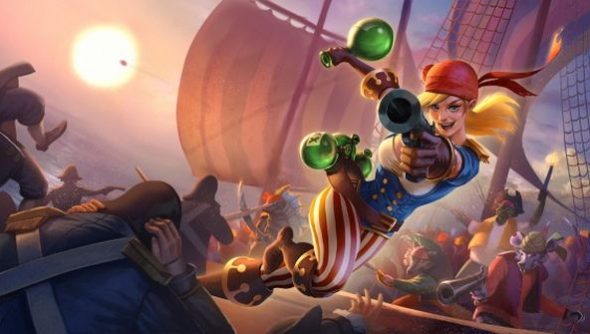 Sam Braithwaite is three things: head of eSports at S2 Games, Heroes of Newerth pro, and non-stop consumer of all things electronic and competitive.

“When I first heard about the conflict between the International and the WCS, I was a little bit disappointed,” he told PCGN. “Could they have done something about it? Probably. But at the end of the day, there is so much going on.”

In fact, as the eSports goings on continue going on, Braithwaite predicts that developers will have to begin collaborating to produce a mutually-beneficial, clash-free global event calendar.

“There is something going on every single weekend from now until October,” points out Braithwaite. “You can’t really blame [Blizzard] – they had to choose a weekend, this is the weekend they chose.”

“I think that as more games come out, as the eSports scene comes out, as more people start watching it and getting involved with it, there are always going to be major events,” he said. “[But] look at Dreamhack. At Dreamhack we have four games going on at the same time, all with major tournaments. No, you can’t watch all of them at the same time, but people pick and choose which ones you want to watch.

“The International and WCS conflict is a little different because these aren’t just tournaments – these are World Championships coming to a conclusion. Something definitely needs to be done to prevent something like that from happening again.”

Braithwaite suggested that games companies might work together to create a global eSports calendar, “where we make sure people don’t interrupt other people’s tournaments” – just as American sports associations work to avoid scheduling the Stanley Cup against the NHL finals against the Super Bowl.

“Just because poor Twitch can’t handle it,” he laughed. “And secondly for the fans. If we’re going to make sure that eSports grows as a whole, we need to all work together to make sure that we can support [the] fanbase.

“Look at me,” he added. “I love Heroes of Newerth, that’s the game I play, that’s the game that I support. But even though I never played StarCraft on that level, I love watching it. It just intrigues me. Their skills, their [Actions per Minute], the things that they’re capable of, are insane. And as somebody who loves videogames I want to watch people on that top level, because I’m a competitive person.

“So I think definitely there’s going to be, as we move forward, a more collaborative [relationship] between companies to make sure that we’re not competing with each other. I can honestly say that something like this will never happen again.”

If you like, you can stick around to read all about S2’s second-generation MOBA and new eSport, Strife – the follow-up to Heroes of Newerth.