StarDrive 2 is a an aggressive space strategy game that pits space bears against an entire race of Cthulhu impersonators and happy-go-lucky plant people against a race of slavers that are serviced by tiny adorable owls. It’s weird and it’s silly, and gosh that premise sounds pretty great, right?

Except, the original StarDrive contained the same races, the same adversarial setup, and it mostly ended up being disappointing. This time around, these bizarre empires are duking it out in a better game, but StarDrive 2 still contains some of its predecessors most glaring issues.

StarDrive 2 isn’t a very good 4X game, which isn’t the same as saying that it isn’t a good game. On the surface, as the leader of an galactic empire, you’ll explore, exploit, expand and exterminate, but those first three are all subservient to the last one. This is a game about war. 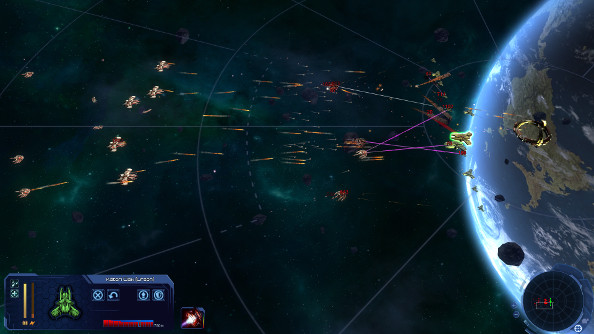 Despite the turn-based campaign map, it’s more like Sins of a Solar Empire, another game that’s only loosely a 4X game, than, say Galactic Civilizations. The difference between Sins and StarDrive 2 is that the former charted its own course, not trying to be like any other 4X game. StarDrive 2, on the other hand, desperately wants to be Master of Orion 2, and to get there it smashes lots of different 4X systems together, but does so without giving them equal attention.

4X games are typically rich in freedom. From Civilization to Endless Legend, they let leaders pursue peace, wealth, war – all these different paths that are fleshed out by lots of important decisions. StarDrive 2, at first, appears to offer the same freedom. The eight races are all customisable, with different positive and negative traits; there’s a whole galaxy to colonise or conquer, though it’s limited to 100 stars; scientists can work away on researching new tech, making ships tougher and colonies more productive; and there are plenty of opportunities to pursue diplomatic relations and trade deals.

This all belies the fact that StarDrive 2 doesn’t really care that you want to be a peaceful diplomat. You’d better prepare for a never-ending war. Not just war, but war by way of reality TV. An irritating robot fellow crops up from time to time, not unlike GalCiv’s news bots, and he frames the entire game as this galactic competition, a battle royale, between the eight races. 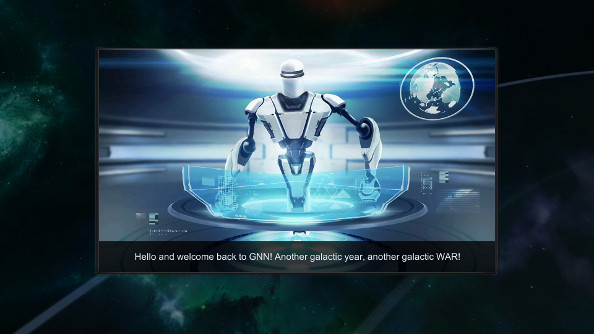 As jarring as it is, the realisation that it’s a galactic game of conquest, warfare is undoubtedly the game’s strongest feature. Battles come in two flavours: real-time with pause ship battles and turn-based ground combat. The ship battles are like Sins of a Solar Empire’s, but in featureless, self-contained battle maps. These are dull battlefields, but it’s not like you’ll be staring at the backdrop when ships are unleashing barrages of missiles and spraying lasers everywhere.

The game comes with a good mix of pre-designed ships, unlocked when you research new tech, but letting someone else design your deadly armada is just lazy. Conveniently, you can just ignore them and design your own. There are a lot of components just waiting to be slapped onto space-faring vessels, from the vast array of weapons, to the modules that power them. While there are components that are essentially direct upgrade, it’s rarely as simple as finding something powerful and fixing it to the ship. You’ve got to take into account firing arcs, how much power it needs, how much space it takes up, how much fuel and ammunition can be squeezed into it and – even more importantly – do your foes have any way to counter it.

When taking on an enemy forthe first time, it’s almost like a trial run as you watch to see how your foe deals with your ship composition. If it all goes to hell, then it’s back to the drawing board, but this time with the benefit of knowing what you’ll be fighting.

For such an aggressive game, StarDrive 2 does seem to favour a defensive approach to space combat. In the early game, as long as I’m not absurdly outnumbered, I can often sit back, not moving my ships at all, and just let my foe dash themselves against my stalwart fleet. My long range vessels can pummel the enemy from the deployment zone, while smaller ships deal with enemy fighters or missiles. But like any strategy, simple or otherwise, it needs to be flexible. I’ve faced some enemies that react differently, and they’ve managed to take me down a peg or two. 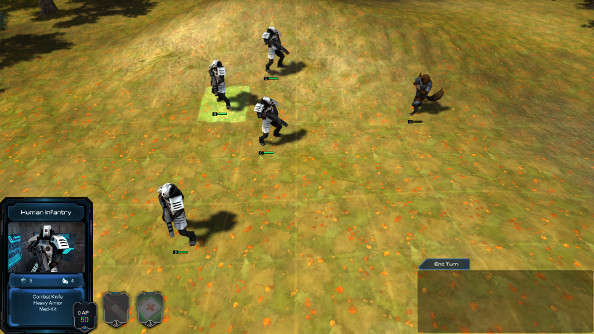 The ground combat isn’t as developed. Ground troops can be transported from your own worlds to enemy locations, where a victory could mean that another world gets added to your empire. It’s turn-based, but don’t mistake it for an XCOM-like setup. There is no cover, the maps are tiny and plain, and there’s not much need for anything but the most simple tactics. That said, troops can still be customised with loadouts, from new weapons to special items like deployable shields. There’s not as much room for customisation when compared to ships, but it’s a step up from the ground combat that most 4X space games offer.

Hero units and orbital bombardments, while not new to the genre, add another layer to conflicts. The special units can be merged with fleets, get into ground scuffles or even govern entire planets. How they are best deployed depends on their traits and, in some cases, the abilities of their unique ships. These units expect to be paid, but not hiring them could mean that the enemy will grab them and get an advantage.

Orbital bombardments are horrible strikes that soften a planet up for conquest. If you could be put on trial for war crimes in StarDrive 2, this would be the best way to get your day in court. Novelly, targets for the strikes can be selected, so troops can be taken out or infrastructure destroyed, and as more research is done, new, even more horrible ways to harm worlds can be employed, like plagues bombs. 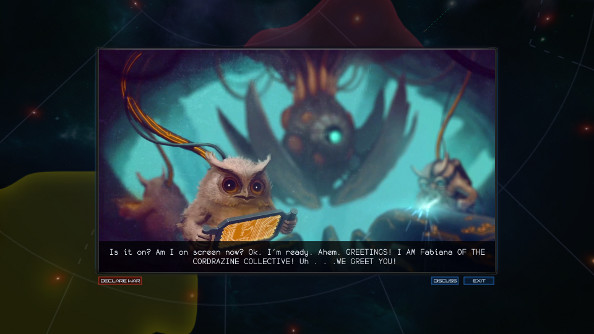 Lamentably, wars in StarDrive 2 threaten to become a chore thanks to a problem that infects the entire game: infuriating AI. The majority of the childishly irreverent factions in StarDrive 2 are assholes. Completely mad assholes. And they’ll declare war on a whim.

Getting along with some new alien chums? War. Just signed a trade deal that will benefit you both? War. A peace treaty with a faction you almost obliterated has just ended? War. It’s never-ending, and it’s tiresome. There’s rarely logic behind the AI’s actions when it comes to diplomacy. And that’s a shame, because Zero Sum has attempted to design a unique diplomacy system that would, in a game not populated by the insane, have a lot of potential.

You can’t make deals with alien races unless your citizens tolerate them enough, which goes a long way to making it seem like the empire is made up of actual citizens, and not just a bunch of numbers. And similarly, an alien faction’s acceptance of your empire relates to how much value they place on the things you offer them and and what you want in return. It would all be great if you weren’t dealing with lunatics. 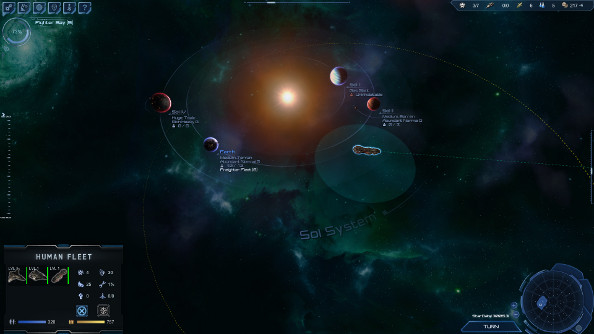 There are, let’s face it, few 4X games where diplomacy is actually fleshed out, but in StarDrive 2 it just seems to be broken. And it’s missing features that are so clearly needed, like the ability to deal with opposing factions sending colony ships to worlds right in the heart of your empire. The AI does this all the time, and there’s seemingly no way to stop it beyond declaring war and then removing them by force.

To make room for more war, the other systems have been streamlined into oblivion. There’s a single tax slider for the whole empire, trade is automated and planetary management is as simple as making sure there are enough workers in the right places. It all works, and it’s all very simple; it’s just not particularly compelling. It never quite feels like you’re a proper ruler. You can build fleets, go to war and order the construction of buildings, but the nitty gritty of empire management, the ability to actually govern worlds, is nowhere to be seen.

If the rest of the game had been crafted with the same care and attention given to warfare, StarDrive 2 would be an impressive 4X game. But its annoying tone, eccentric AI and the shallowness of the empire management casts a shadow over it. If we weren’t in the middle of an unexpected flood of 4X games, then its take on space conflict alone would make it worth playing, but at the moment there are just too many alternatives.