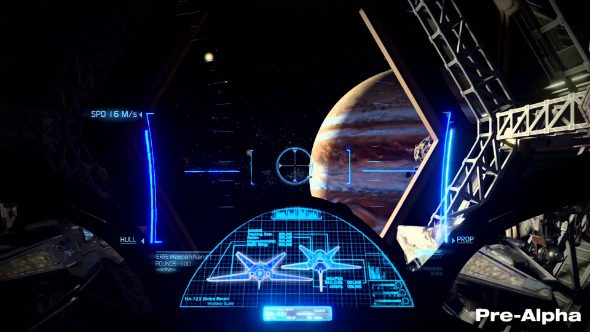 Impeller Studios’ hardcore space combat sim Starfighter Inc. has returned with a new Kickstarter campaign with a smaller end goal and a much more impressive array of features.

If you think Starfighter Inc. looks right up your alley, check out our list of the best PC space games for something to play in the meantime.

It’s been two years since Starfighter Inc. made its debut on the crowdfunding platform, and back then it wasn’t able to reach its $250,000 goal. This time around there’s a glut of additional content on offer in a bid to convince potential backers of its worth.

If you missed Starfighter Inc. during its first Kickstarter run, it promises a combination of the “technical depth and customization of World of Warships” and the “lethality and permadeath of Counter-Strike.” And with industry vets fresh from Crisis, Far Cry, and classics like X-Wing vs. TIE Fighter on board, there’s some pedigree on the development side.

Originally the game was able to amass just 5,389 backers and 90% of the previous asking goal, so there weren’t any funds distributed with the first round. Impeller Studios instead continued to work on the content they had already produced for Starfighter Inc, with features on offer that look decidedly more fleshed out than previous builds. Players will be able to customize their own ships, navigate a more nuanced narrative, and utilize personal hangars going forward now, with VR support coming down the line at a later date.

This time, the studio is looking to make just $150,000 over the course of the next month.