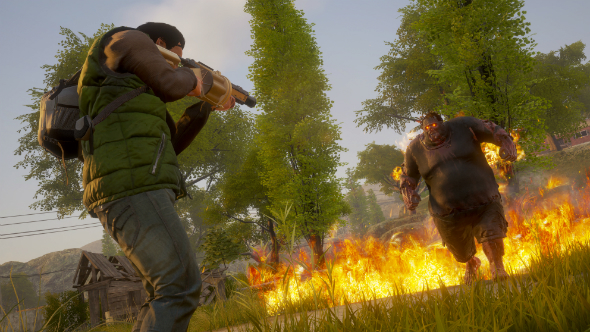 There are some strategies that simply aren’t possible when playing State of Decay 2 with an AI follower. They can’t hop in a police car, turn the sirens on, and lure a pack of zombies out of a building by doing a series of doughnuts in the front garden. That’s why I got a real human – a friend in the flesh – to do it for me. As they screech around outside, I am free to sneak in and snap up all the loot I can carry before making off without firing a single shot. In the punishing, permadeath open world of this zombie survival game, that’s an ideal outcome.

Shuffle on over to our list of the best zombie games on PC for more of this sort of thing.

That success is short-lived, however, as just a few minutes later our police car runs out of fuel and my friend runs out of ammo and breaks their main melee weapon in a subsequent scuffle. This turns our session into the most challenging escort mission of all time, because when a character dies in co-op they stay dead even after the session ends – so no abandoning your mate unless you’re willing to take the flak for it. We spend 20 minutes scrambling through the pitch-black night, creeping around undead hordes and stealthily taking down strays before arriving back at my base, which is sufficient punishment for the earlier arrogance with the police siren. 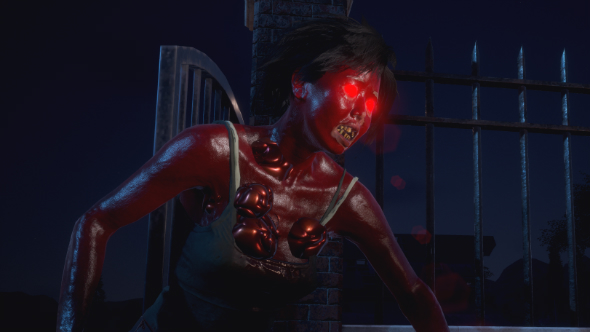 Multiplayer is by far the standout addition to State of Decay 2. Playing with a friend allows you make the most of the game’s extensive suite of weapons, tools, and scenarios, letting you make playthings of the undead with herding tactics. But this sandbox style of play only lasts as long as you don’t get ahead of yourself – all it takes is a weapon jam or stamina shortage to drag you both back down to Earth as your hapless survivors are swarmed.

Outside of multiplayer, the core gameplay loop remains intact: you’ll spend your time spotting deficiencies in your base, planning excursions to address those problems, and then attempting to execute those plans as efficiently as possible. Of course the systems that make up that gameplay loop are deeper this time around, with more ways to upgrade and customise your base, over a thousand character traits to further diversify your compound’s inhabitants, and even commands that let you temporarily change production from food over to medicine in times of hardship.

If all that sounds a bit too needy for your liking then don’t worry as delving deep into most of these systems is optional – you’ll be able to keep your survivors alive and thriving without having to streamline every aspect of your base. Better still, developers Undead Labs have removed offline simulation for the sequel so you won’t return to your save file after a couple of days to find your base in tatters and all of your favourite characters dead. 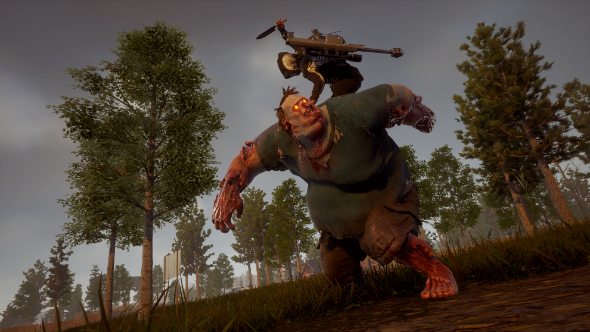 A clear boon from State of Decay 2’s expanded team and budget is how polished the sequel is compared to the first game. Animations are much smoother, which makes it easier toread the flow of a fight and switch between multiple enemies. There are also dozens of lavish finishing moves that vary based on minor changes like your character’s weapon, stamina level, the zombie’s stance, and whether you are sprinting, standing, or sneaking. The number of ways you can stove a zombie’s squishy head in is equal parts disturbing and impressive. Gunplay is snappier and more responsive, too, bringing the feel of State of Decay much closer to triple-A than fans of the first game would have thought possible after enduring some of its jankier elements. PC players will also be pleased to hear that I encountered no performance issues in four hours of playing the game, albeit on a high-end rig.

State of Decay 2 is shaping up to be a perfect sequel. It’s bigger, deeper, and more refined than its first outing, all of which belies its $30 price tag. If you’re a fan of AMC’s The Walking Dead and its dystopian world then State of Decay 2 is the closest thing you can get to living out that survivalist fantasy – that’s what the original game strove for all the way back in 2013, and what State of Decay 2 absolutely nails five years on.

Excited for State of Decay 2? Got any burning questions for us? Drop us a line in the comments below.