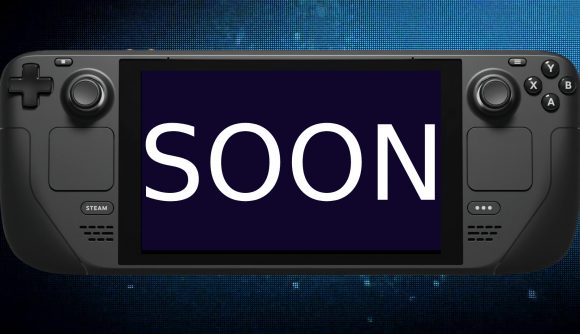 We’ve officially entered the second quarter of 2022, and Valve has confirmed Steam Deck Q2 pre-order customers should receive order emails starting this week. The handheld gaming PC pioneer also asks Q1 customers to check either their email or the Steam desktop app, as you’ll only have 72 hours to purchase the portable.

Steam Deck Q2 preorders will be processed between April and June, which means Valve appears to be on track. As a result, eager fans have celebrated the only way they know how – by posting memes. On Twitter, one fan shares a Kung-Fu Panda gag that reads “my time has come”, while another uses an Elmo Rise gif to herald the fact they’re in the Q2 tranche of pre-orders.

Of course, some fans are still battling with Valve’s expected order availability information, as some Steam Deck pre-orders were previously shifted to Q3 2022. This means that if you jumped on the bandwagon slightly later than everyone else, the portable might not reach your palms until as late as September.

Valve hasn’t changed any Steam Deck Q2 orders to Q3 so far, so expected order availability information should hold true for now. While it’s hard not to be envious of those within the Q1 order pool, waiting patiently gives the handheld’s verified games list a chance to grow, especially since one-third of games checked for compatibility are currently unsupported.