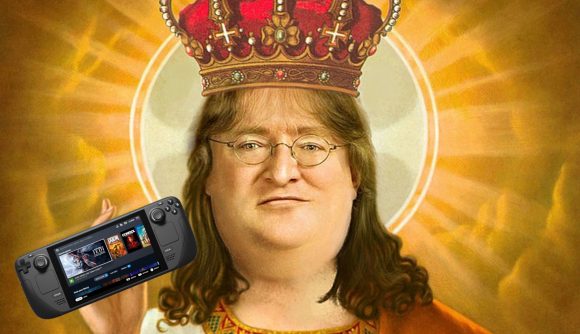 We’re just two weeks away from the Steam Deck release date, and Valve is hastily reviewing all 50,000 Steam games for compatibility. At the time of writing, the company has publicly disclosed the verification status of just over 450 games, with some key additions joining the ranks earlier today.

Several of the latest Capcom games are now officially Steam Deck Verified, with Resident Evil Village, Resident Evil 2, and Devil May Cry 5 each receiving the coveted compatibility badge. It’s likely that the rest of the Resident Evil franchise will shamble on to the portable gaming PC in due course, given there are no anti-cheat barriers in the way.

Other new additions, as collated by Reddit user ThaStripperWhisperer, include a number of games from Xbox Game Studios. Bethesda’s Prey and The Evil Within bolster the publisher’s existing compatible games such as Dishonored, Deathloop, Fallout 3, and The Elder Scrolls III: Morrowind. Ori and the Blind Forest rounds out the new additions, with Psychonauts 2 receiving its Steam Deck Verified certification prior.

It’s unlikely that Valve will continue this glacial pace, with the Steam Deck’s release date approaching imminently, but we’re beginning to doubt that all the games on its storefront will receive a verification status in time for February 25.